The reality of who actually works for minimum wage will shock you.

If you add up the totals in these charts, 75% of minimum wage earners are adults. Let that sink in for a minute. 70% have at least a high school degree, and some have had at least a year or two of college. Take a look at the size of the big blue slice in the first pie chart — that represents adult women who are working for minimum wage, almost half of the total. This is why raising the minimum wage would make a huge difference for tons of families, especially those in which women are the primary breadwinners or single moms. 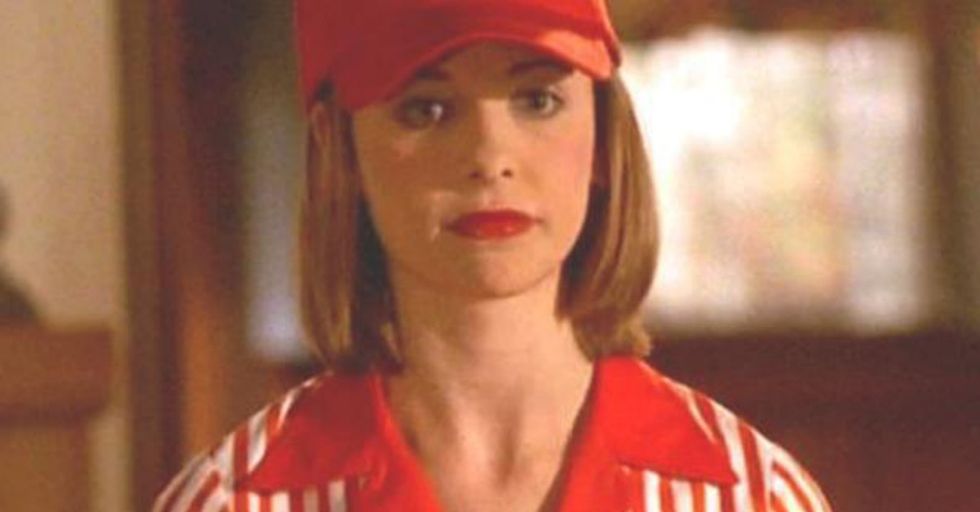 True
Workonomics
From Your Site Articles

I've never been a fan of politics. I've always made conscientious decisions when I vote and engaged in discussions about challenges facing society, but the world of politics itself has always been a turn off. The partisan bickering, the power of expensive lobbyists to sway leaders who are supposed to work for the people, the mudslinging and inherently divisive nature of our two-party system—it's all just felt gross to me.

The office of the presidency, oddly enough, has not felt that way. Though a president brings their partisanship with them, of course, the office itself is non-partisan. The fact that it is a job held by a single individual has always humanized it for me, prompting me to feel some sympathy even for presidents I wasn't a fan of. "President of the United States" is an inarguably difficult position to be in, with impossibly hard choices to make. When unexpected crises land in your lap—the world's worst terrorist attack, a classroom full of first graders gunned down, the arrival of a global pandemic—it's your responsibility to handle it with care and wisdom. Every decision you make will be examined through the lens of history. Every statement you make becomes historical record. That's no small thing.

The weight of the office is unmatched in our country, and the status of the U.S. as a superpower makes it unlike any other position in the world. Everything U.S. presidents do and say matters, not just to Americans, but to people and governments all over the world.

Up until four years ago, I felt like every president understood that.

For some beautiful proof, consider this story of President-elect Obama's asking President Bush if he could meet the former presidents during his transition. A Facebook post from Sebastian Copeland shared an excerpt from Jean Edward Smith's biography of George W. Bush that reads:

Veterinary clinics see all kinds of things on any given day. Unlike medical professionals that treat humans, vets treat a wide variety of species—and they also have to deal with people bringing in all manner of wildlife that have no business being at the vet.

Walter Brown is a vet tech at the University of Georgia College of Veterinary Medicine. He's also an aspiring comedian known as "Skinni," and he's begun mixing his professions by sharing veterinary advice on social media in the most entertaining way. A live video he shared on his Facebook page on Memorial Day weekend went viral, with more than 1.7 million views, as people discovered and shared his hilarious admonitions to leave animal "chirrin" alone when they're out on a nature hike.

Brown wrote, "Let me nip dis one in da bud too.....leave these wild animals chirrin alone........" and then offered this advice: