The surgeon general wants to permanently change the way we think about addiction. 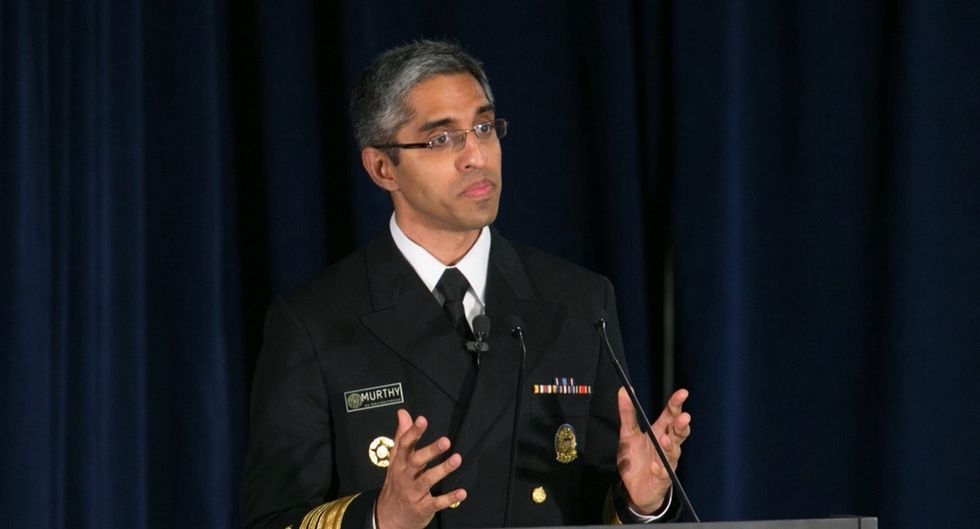 Jess Keefe didn't know her brother Matt had a drug problem until he was rushed to the hospital in 2011.

His hand was swelling up, he was in pain, and no one knew what it was. After days of tests and close watching, Matt was diagnosed with an infection caused by intravenous drug use. A brain scan revealed the culprit: heroin.

"He was very much in denial," Jess explains. "He didn’t want to acknowledge what was happening and was very resistant to treatment of any kind."

In the coming weeks, Jess and her family tried as hard as they could to get Matt into a recovery center but to no avail. None of the detox and rehab centers in their area had space for him. Matt was sent home to his parents with a firm verbal prescription: Stop doing drugs.

Tragically, it didn't work. Matt recovered temporarily, but eventually started using again and died of an overdose on Oct. 5, 2015, at the age of 26.

Despite the fact that drug addiction affects tens of millions of Americans every year, treatment for it is remarkably hard to come by.

More than 100 Americans die from drug overdoses every day, making it the number one cause of accidental death in the United States — more than car accidents and gun deaths, according to CDC reports. Overdoses from opiates like heroin and prescription painkillers have quadrupled since 1999.

This neighborhood in Staten Island has a high rate of heroin use. Photo by Spencer Platt/Getty Images.

Despite those high numbers, only about 10% of people with substance abuse disorders receive specialty treatment for their addictions.

Filling the enormous gap between the necessity and availability of treatment requires a massive overhaul of our medical, educational, and criminal justice systems. The first step, though, is the same one that people have to take when they enter addiction recovery: We have to acknowledge that we have a problem.

In a new landmark report, Vivek Murthy became the first U.S. surgeon general to call America's addiction problem what it is: a public health crisis.

The report, released in November 2016, urges a paradigm shift in the way we think of and treat addiction. In it, Murthy calls on the United States to stop thinking of substance abuse as a "moral failing" and approach it instead it as a brain disease that is identifiable, preventable, and treatable.

"We must help everyone see that addiction is not a character flaw," the report says. "It is a chronic illness that we must approach with the same skill and compassion with which we approach heart disease, diabetes, and cancer."

Jess Keefe, who now works as an editor for Shatterproof, an addiction-focused nonprofit, says she is "thrilled" by the report, which was released a little over a year after her brother's overdose. "I can’t emphasize enough how exciting that is to people who are affected by this disease personally, and people who work in the sort of space that I do."

Addiction in America has reached critical mass, and it's taken decades to fully acknowledge it. So what's been holding us back?

People don't die from addiction, Jess says. They die from shame. "That's the thing that really kills people. They feel like they can’t reach out or get resources when they need them because its something that's driven into the dark corners."

Jess' brother, Matt, for example, hid his addiction from his family until it landed him in the emergency room. Even after, he continued hiding it, holding down a nine-to-five job all the way until the day he died.

Human beings have a long history of stigmatizing diseases we don't fully understand — from leprosy, to cancer, to AIDS in the 1980s. The results of that stigma can be devastating and far-reaching, especially when it persists for generations. Stigma and shame are what keep people with addictions from coming forward to seek help and why doctors and recovery systems can be unprepared to handle those patients when they do.

Like any massive problem, solving America's addiction crisis will require a lot of time and dedication, but Murthy has taken a major step forward.

The surgeon general is the highest ranking doctor in the United States, and his acknowledgement of addiction as a public health epidemic will no doubt lead to the medical community having more of the resources and training necessary to fight it

The surgeon general's report, however, is just the beginning. The rest of the fight is largely up to us.

Our part in destigmatizing addiction begins with the words we use, says Jess. Instead of calling someone an "addict," for example, which can carry harmful connotations, we can say "person with addiction" or "person with a substance abuse disorder." That small shift in language helps recontextualize addiction as a disease that a person has, rather than their unshakable identity.

The real battle is the one that needs to happen in our minds and in our hearts. Chances are we all know someone, or will know someone, who will face a substance abuse disorder. Thinking of that individual not as someone who's made terrible judgements but as someone with a treatable disease of the brain will help us all provide support and empathy for people in need.

Treating addiction with compassion instead of judgment isn't just the right thing to do; it could be life-saving.