There are a lot of ways to do coffee — here’s why a cup in New Orleans is unique. 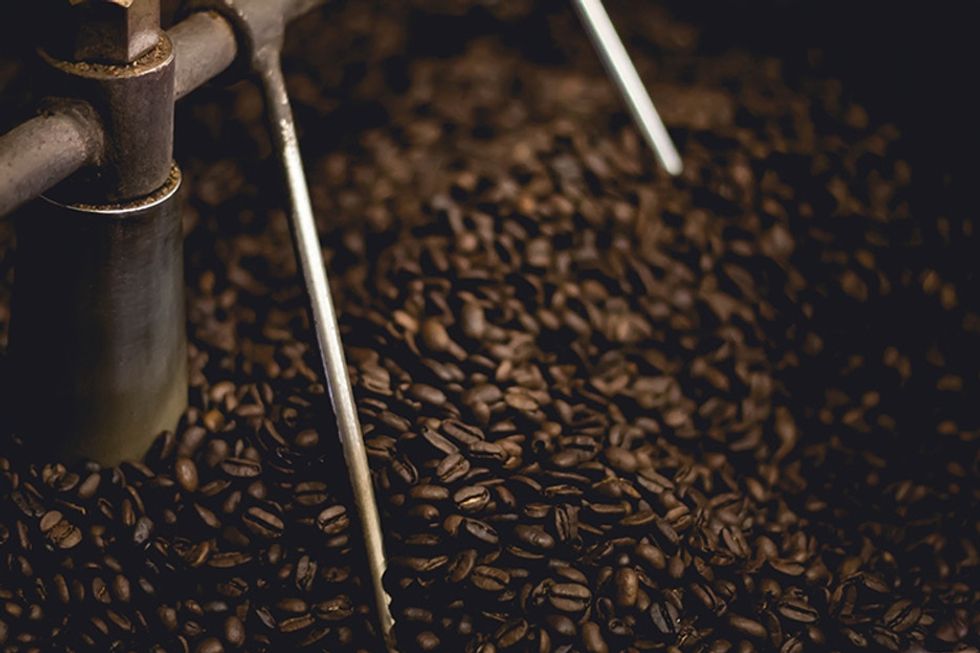 On the southern shores of America, where the Mississippi River meets the Gulf, New Orleans was already a bustling port settlement by 1718.

That was more than 50 years before the Declaration of Independence was signed.

And yet, New Orleans not only existed, but it was open for business, playing host to one of the largest and busiest ports in the New World — as well as all the goods and culture that came flooding in along with it. Salt, lumber, fur, fish, produce, and more — including, of course, coffee.

Image by A. Mondelli and William J. Bennett/Wikimedia Commons.

While coffee didn’t become really popular in America as a whole until the Boston Tea Party sent colonists in search of a new breakfast beverage, in New Orleans it basically came with the territory. And over time, coffee grew from just a warm cup of caffeine into a cultural staple. As the swamps and bayous evolved, coffee remained, fueling the colonists, traders, builders, soldiers, pirates, criminals, and gentry of The City that Care Forgot.

Much of coffee’s history in the South has been forgotten by anyone but those who remain there participating in it still. But the path that coffee has carved through New Orleans is as fascinating as the city itself.

From the very earliest moments in New Orleans history, coffee was as much a part of the city as anything else.

New Orleans was founded in 1718 by Jean Baptiste Le Moyne, the governor of French Louisiana, who settled it as a trading outpost on the crescent of high ground resting above the mouth of the Mississippi. And when Le Moyne and his French explorers reached the river, they brought coffee with them.

Coffee had arrived in Europe in the 16th century, brought there by Turkish slaves, so Europeans had developed a taste for it. Colonizers took it along with them anywhere they went to aid in staying awake on long nights of watch and exploration that the New World might bring.

After they settled "Nouvelle Orleans" and opened it for trade, goods started flowing in and out not just among Europeans, but also from the Caribbean and Latin America. It wasn't long before coffee beans were among the products coming from Cuba, Brazil, and beyond.

Coffee remained in New Orleans throughout 300 years of transformation, and in the process, it did some transforming of its own.

It quickly became a staple beverage to the colony, powering the long hours and tireless trading that kept the port city open for business. As cultures and tastes shifted with time, so did the coffee recipe — which is how New Orleans ended up with the distinctive chicory recipe it is famous for today.

This recipe dates back to 1808, when Napoleon instituted the Continental Blockade, preventing France from getting most of its coffee. Their supply dwindling, the French started adding a locally grown plant called chicory to their drink in order to add to its flavor. Ultimately, many developed a taste for it even after the blockade was lifted and coffee trade resumed.

When French colonists continued to arrive in Louisiana, many still favored the chicory recipe, and the tradition became widespread at coffee stands and cafés in New Orleans.

But coffee culture in New Orleans reaches beyond the chicory recipe. Some even claim the "coffee break" was invented there.

In Lyle Saxon's 1928 book "Fabulous New Orleans," he describes the way businessmen in the city had developed a habit of getting coffee together at the beginning or end of a meeting.

"It is no unusual thing for a businessman to say casually: 'Well, let's go and get a cup of coffee,' as a visitor in his office is making ready to depart," he says. "It is a little thing perhaps, this drinking of coffee at odd times, but it is very characteristic of the city itself. Men in New Orleans give more thought to the business of living than men in other American cities."

Though no one knows for sure whether it was invented there, the coffee break was certainly strongly characteristic of commerce in New Orleans and helped contribute to coffee's prominence at the front of the city's culture.

Another unique thing that New Orleans-ers do is the "café brûlot," a difficult and theatrical take on an after-dinner coffee.

Image via Paul Broussard and NewOrleansOnline.com, used with permission.

Oh, and it's also set on fire.

Antoine's Restaurant, the oldest in New Orleans, claims that Antoine's son Jules invented the drink sometime in the 1890s, and it still serves it today.

In every form, New Orleans' coffee embodies the spirit of the city itself, reflecting 300 years of history in each sip.

Whether it's true chicory coffee, a warm French café au lait, or a flaming café brûlot, these takes on the classic drink are set apart from the rest in their definitively, decidedly New Orleans nature.