These gun owners support stricter gun control for amazing reasons we all need to hear. 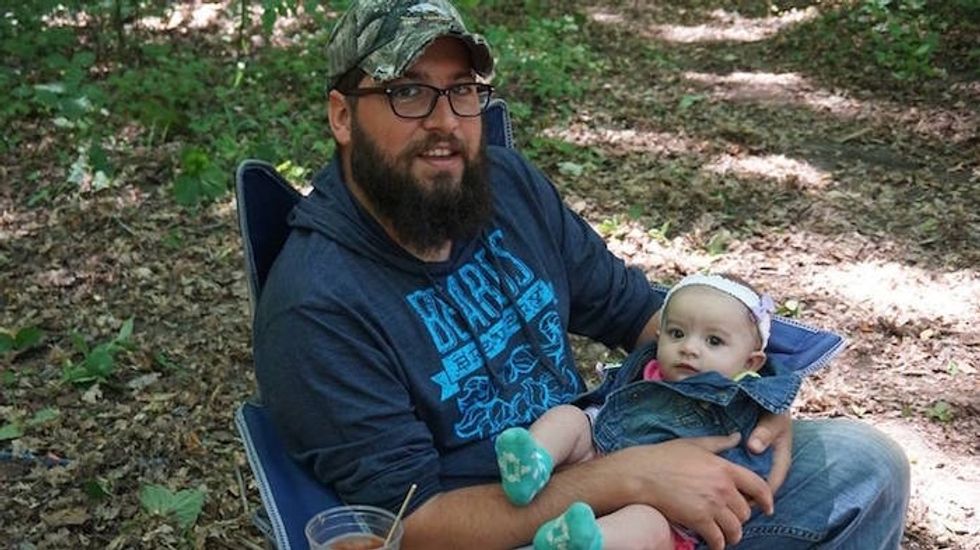 Nathan Dannison received his first firearm — a Browning bolt action .22 rifle — as a Christmas gift when he was 11 years old.

Now 34, he's owned guns consistently since and enjoys hunting and clay shooting. But he says the line gun owners are expected to toe when it comes to the national gun control debate is troubling.

"We've let the Hollywood cowboy wannabes take over the debate," he says. "We've let the NRA devolve from a conservation and education organization into something unrecognizable."

Dannison is part of a growing number of gun owners breaking from the stereotypical NRA-driven script and advocating for new, stricter, common-sense gun legislation.

Alexander Voorman, 34, believes that gun owners bear the greatest responsibility in this debate.

"I may personally like guns," he says, "but I also believe that everyone has the right to live safely and freely without one, and that those people are in no way culpable for the epidemic of gun violence in this country."

Voorman was raised in a strictly no-gun household, but says he was fascinated early on by guns and currently visits the shooting range as a hobby.

South Carolinian Bill Ware, 59, owns a slew of firearms as a hobby as well: .20- and .12-gauge shotguns, rifles, several pistols, and an assortment of reproduction black powder guns.

Like Voorman, he's questioned the validity of ownership and his role in the debate while people are dying in mass shooting after mass shooting, especially those involving assault-style weapons. "I was having a crisis of conscience of sorts," Ware notes.

He, Voorman, and Dannison believe that gun owners must overcome the radical voices that have long dominated this conversation.

"The continued silence of much of the gun-owning populace in the face of shooting after shooting casts us in a horrifyingly bad light," Voorman says. "It makes us look callous and uncaring at best; complicit at worst."

It's not easy to advocate for limiting freedoms from within the gun community. Many believe any change would be a slippery slope to sweeping bans on all firearms or even the creation of a database of gun owners.

From Voorman's perspective, though, gun owners' resistance to regulation seems steeped in paranoia. He says they fear that overregulation due to the "ill-defined, just-in-case" scenario in which they might need a gun.

In this way, gun ownership becomes a comfort.

Katie Kirchner, 39, has been a gun owner since 2001, after someone knocked on the window of her rural home in the middle of the night. Though her gun provides her a sense of some security, she doesn't believe that makes gun reform a threat.

"The gun is not a need — it is a want," she says. "And at this point I am not even sure I want it any longer so as not to be lumped into the intolerant, gun-owning, chest-pumping, NRA-loving group."

With a third grader who tells her about the lockdown drills they do at school, Kirchner is even more troubled, saying, "I hate that she has to consider this even happening to her and her classmates."

Public safety, especially in schools, is perhaps the greatest motivator for this group pushing for tighter regulation.

There is a growing consensus that the NRA is a toxic, destabilizing force in U.S. politics.

Dannison points to profit's role in the gun reform debate:

"It's critical that people understand that a gun is a product with an indefinite shelf-life. This makes it very, very hard to run a profitable, growth-based industry around manufacturing guns. Imagine if cars never wore out. The car makers would go bust in a few years. This is what is motivating the gun lobby."

When it comes to weapons like AR-15s, the gun of choice in many of our mass shootings, Dannsion says they're kind of like a Lego set because of all of the little pieces, parts, and modifications a person can purchase. "It's a really deadly toy," he says wrly, "but you know how children get when you try to take away their toys."

These gun owners are ready to have real conversations about gun control.

They have progressive ideas about how to make changes that reduce gun violence and shootings and keep everyone — gun owners or not — safe. "The solution, or mere inspiration for actual progress, lies in finding the profit in regulation," Ware explains.

He believes that registering and insuring guns might be the key to motivating insurance companies to participate in the dialogue, much like the ways we regulate cars.

Kirchner says she would be glad to participate if reforms were to include screening current gun owners.

"I would be the first in line to see if I am capable of owning a gun," she says. "I have nothing to hide and sometimes wonder what the non-gun reform people do have to hide.”

No matter the outcome, Dannison, Kirchner, Voorman, and Ware agree that gun owners need to get involved in regulation advocacy right now.

"We are increasingly painting ourselves as a very dangerous and angry minority in America," Voorman says, "and it is my belief that if we want to continue to enjoy our freedom to bear arms, we must either give a little now — or give a lot later."