These photos won a National Geographic contest, and they're breathtaking. 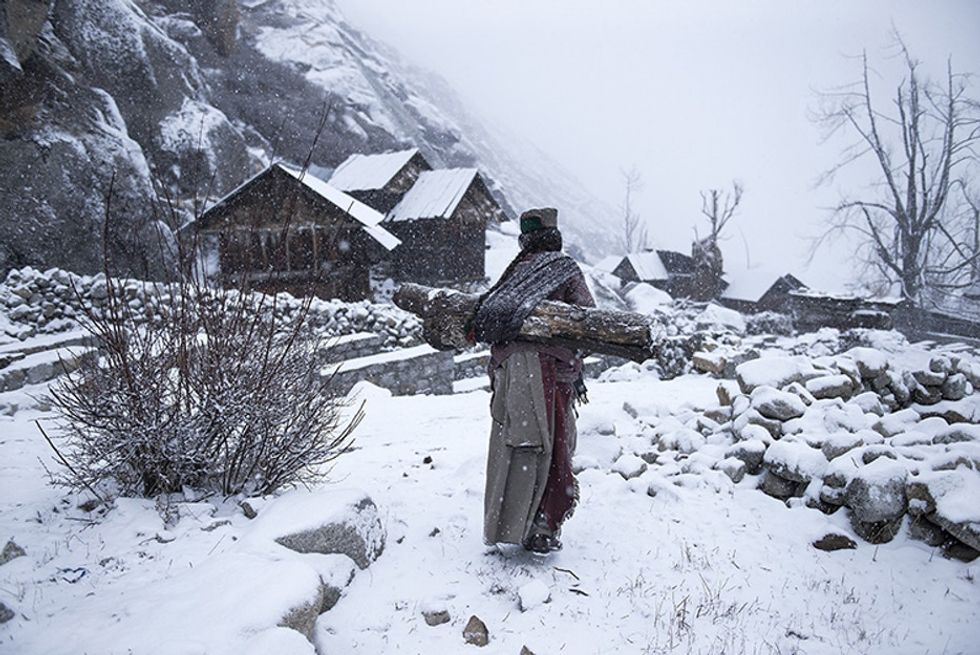 For over 120 years, National Geographic has brought the world to your doorstep.

The iconic magazine, TV channel, and brand has built their name showcasing the planet's most beautiful and exotic places in writing and photography.

Every single month, the glossy, high-resolution pages of National Geographic are filled with some of the best photography in the world.

They also hold an annual photography contest, open to amateurs and people outside of Nat Geo's employ. It's a chance for photographers all over the world to showcase their work.

The 2016 winners of the National Geographic Travel Photographer of the Year contest were announced in July.

As you can imagine, they are breathtaking:

"The winter in Inner Mongolia is very unforgiving," writes photographer Anthony Lau. "At a freezing temperature of minus twenty and lower, with a constant breeze of snow from all direction, it was pretty hard to convince myself to get out of the car and take photos."

"Wherever You Go, I Will Follow" by Hiroki Inoue (Japan)

"It was the time of day immediately following sunset. I heard a voice. 'Wherever you go, I will follow you' the voice says." — Photographer Hiroki Inoue.

"Even though there were a lot of people in Ben Youssef, still here was more quiet and relaxing compare to the street outside in Marrakesh," wrote Takashi Nakagawa. "I was waiting for the perfect timing to photograph for long time."

"I arrived at my guest house in Varanasi at 5:30am," wrote Yasmin Mund. "I instinctively climbed the 7 sets of stairs to the rooftop (which happened to be the highest in the vicinity) to see the sunrise over the famous Ganges River. As the sun was rising I looked over the right hand side of the balcony and my jaw dropped with disbelief."

"I was in the Brazilian Pantanal along the Rio Negrinho," wrote Massimiliano Bencivenni. "I realized that the river, at certain points of the loops, created places where there were many yacare caimans. I saw a yacare sink suddenly, and I immediately looked for the best location to photograph when it resurfaced. The whole thing lasted only a fraction of a moment."

"This photo was taken on my last trip to Guangzhou, China," wrote Wing Ka H. "This place is the school dormitories of South China Normal University. When I was hanging around, most of them were taking a break. After lunchtime, they needed to go back to study."

This woman is carrying a log to warm up her home in the remote village of Himachal Pradesh.

"I embarked alone on this adventure to find images not yet published of the most arid desert in the world and its contrasts," wrote photographer Victor Lima. "Despite the Atacama Desert being one of the best places on the planet to do night photography, in my prior research I discovered that there were not many night photos in the main tourist destinations there."

"Lightning seemingly strikes Komtar Tower, the most iconic landmark of George Town, capital of Penang state in Malaysia, during a thunderstorm. It is symbolic of the rejuvenation that the city, famous for a unique blend of centuries-old buildings and modern structures, has enjoyed in recent years." — Photographer Jeremy Tan.

"Bears on a Berg" by John Rollins (Canadian Arctic)

"To me, the relative smallness of these large creatures when compared to the immensity of the iceberg in the photo represents the precariousness of the polar bear's reliance on the sea and sea ice for its existence," wrote John Rollins.

"From a doorless helicopter looking south on Central Park West, dividing the architecture and Central Park," wrote Kathleen Dolmatch. "The flight was my birthday gift."

It probably seems like there's a lot of ugliness in the world lately.

But it's nice to be reminded that there's always beauty in the world, and sometimes it takes a keen, highly trained eye to find it.

Photographers often have to wait around for hours or days to capture images like these. They have to climb on roofs or get in helicopters or put themselves in dangerous spots just to grab a single moment of the world's intense and fleeting beauty.

When they do, it's so worth it. Because we all get to enjoy it.