These stunning portraits showcase courageous, talented women from around the world. 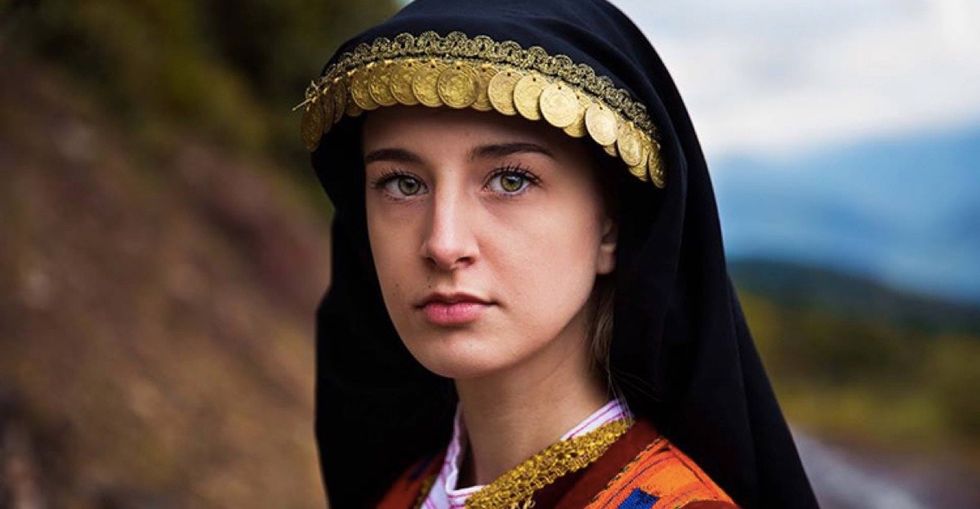 In 2013, Mihaela Noroc left her job, packed a backpack, and took off on an adventure most of us only dream about.

The then-28-year-old traded in her day job to travel the world, photographing women in their home countries and natural environments.

Three years on, she's still taking photos and sharing their stories through her digital project, The Atlas of Beauty.

A woman in Banjara peels shrimp at a fish market in Mumbai, India. She arrived here from Southern India, in search of new opportunities for her children. All photos by Mihaela Noroc, used with permission.

Traveling on a shoestring budget, Noroc meets and photographs women from all over the world.

She's traveled to six continents and more than 50 countries, connecting with women across geographic, economic, and social lines.

A woman in Cape Town has sold meat in this very spot for the past 30 years. "I was fascinated by the gentleness of this lady in such a rough environment," Noroc posted.

From isolated areas in Afghanistan and Brazilian favelas to urban centers like Istanbul and New York, Noroc finds beauty everywhere she goes.

A beautiful shot of a woman in Shiraz, Iran.

She captures some portraits quickly on busy street corners.

On her first day in Beijing, Noroc met a young woman who hopes to sing with the Peking Opera.

Others take time and immense patience, as she meets the women for more elaborate shoots.

Eleni, from Delphi, Greece, wears contemporary clothes most days to work in her family restaurant. But once a year, during Easter, she celebrates in traditional garments with her community.

But each photograph celebrates strong, talented, beautiful women from around the globe.

A mother poses with her daughters. They're refugees from Syria living in a camp in Idomeni, Greece.

If there isn't a language barrier, Noroc often engages the women in conversation.

In discussing their families and dreams, the subjects often tap into universal feelings, concerns, and goals that many women share.

Like Urvashi Patole, who started an all-women's motorcycle association in India and is empowering women to go on adventures and challenge stereotypes.

"After photographing women in more than 50 countries I can say that beauty is everywhere, and it's not a matter of cosmetics, money, race, or social status, but more about being yourself," Noroc wrote.

A Kichwa woman living in the Ecuadorian part of the Amazon rainforest poses for Noroc in her wedding outfit.

Noroc hopes to publish the first edition of "The Atlas of Beauty" in 2017.

For now, she continues to travel the world, camera in hand and the same well-loved backpack along for the ride.

"Every day, when we watch mass media we see an Atlas of Wars, Conflicts, and Fear," she said. "More than ever, I think our world needs an Atlas of Beauty to show that diversity is something beautiful, not a reason for conflicts."