This country has only 10 psychiatrists. That's where 'professional grandmothers' come in. 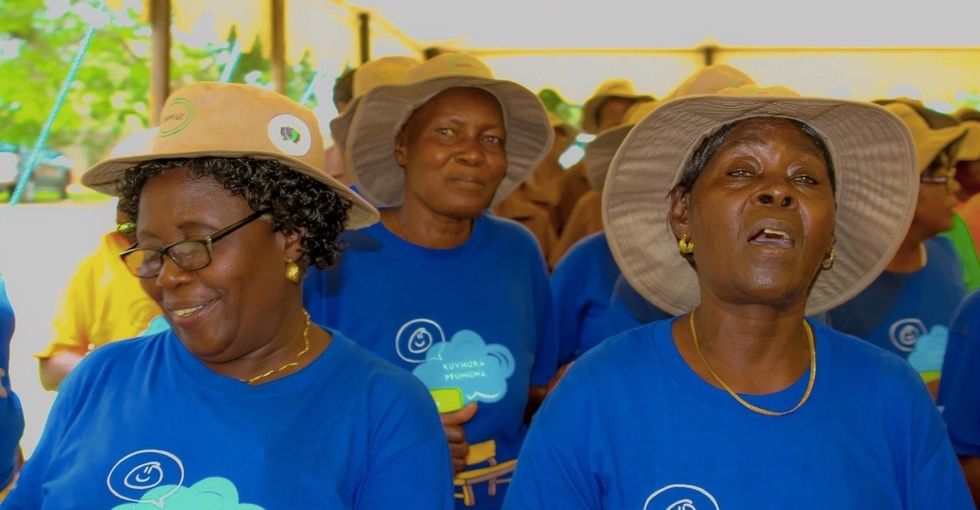 Getting mental health care in America can be difficult. In Zimbabwe, it's near impossible.

The country is home to 15 million people and only about 10 psychiatrists. For comparison, the United States has at least 24,000 psychiatrists. But depression and anxiety are not just a first world problem.

Zimbabwe has a secret weapon though: the Friendship Bench.

Image from The Friendship Bench Project, used with permission.

Developed from over 20 years of community research, The Friendship Bench Project is a different and smart way to tackle mental health care.

You can find one of the inviting benches outside some of Zimbabwe's many health clinics. Sitting down, you might get a visit from an older woman. These women are known as golden ladies or grandmothers. You can talk to them. They listen. Then, they might help you identify problems in your life or give you advice to help you feel positive and in control.

Its might seem simple, but these grandmothers are health workers — and very effective.

They're not just dispensing random advice. The grandmothers are health care workers who've have been trained in what's called problem-solving therapy. And it turns out it could be a pretty effective strategy.

A recent study published in the Journal of the American Medical Association compared the grandmothers against the usual care options, including a nurse assessment or optional medications. The study found that after six visits to the Friendship Bench, visitors were three times less likely to have the symptoms of depression six months later (50% versus 14%). The results were even more striking for anxiety or suicidal thoughts.

There were, of course, a few limitations to the study. Not a lot of men signed up, for example. And there's some more nuance, like exactly how the comparison was done. If you're interested, the full text is here. But the bottom line is that it seems to have worked.

Better mental health care is important for everyone, but low- and middle-income countries may need it especially badly.

"In many parts of Africa, if you are poor and mentally ill, your chances of getting adequate treatment are close to zero," said Karlee Silver in a press release about the Friendship Bench Project. Worse still, in many places in Africa, there's still a stigma — sometimes very serious stigma — around mental disorders and mental health care.

And all this adds up. In addition to adding to human suffering, the cost of treating mental health problems and lost productivity are estimated to cost low- and middle-income countries $870 billion a year. The number may grow to more than $2 trillion by 2030.

That's why it's so heartening to see clever programs like The Friendship Bench Project at work.

So far, over 27,500 people have used The Friendship Bench Project.

The program's been working with a number of other organizations too, such as the Zimbabwe Ministry and Health and Grand Challenges Canada. They are currently located in a few of Zimbabwe's cities, including Harare, the capital, but are planning to expand to even more clinics.

They also plan to reach out to more vulnerable populations, such as youth or refugees, in the future.