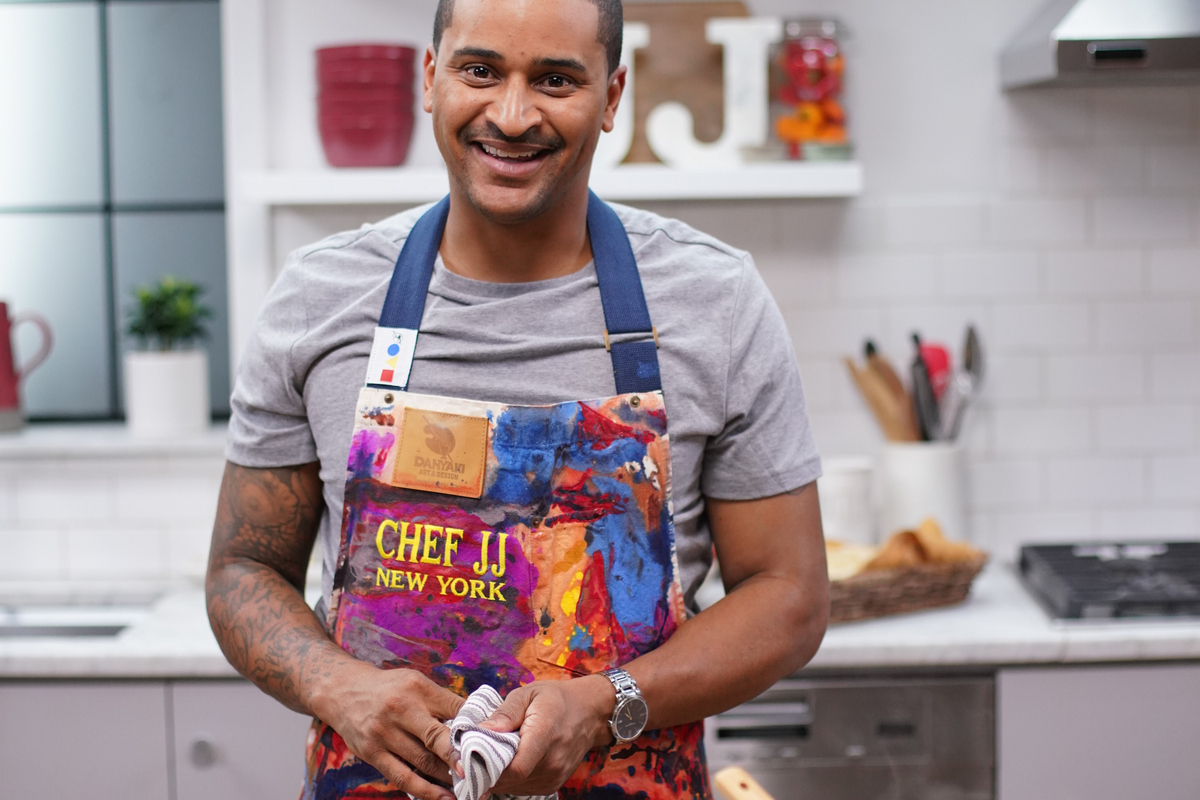 "For decades, people in Harlem have been buying food at supermarkets that have been injected with antibiotics and pesticides because they can't afford healthier options at organic grocery stores," Johnson said. "Harlem isn't a food desert because it doesn't have food. It's facing food insecurity because of the food its residents have access to."

View this post on Instagram
💯 Harlem Our FIELDTRIP family is from our community and fuels our community 🙏 . #RiceIsCulture #FIELDTRIPharlem #HarlemEats #Harlem #Community #HarlemStandUp . 📷 @brianabalducciphoto
A post shared by FIELDTRIP (@fieldtripharlem) on Sep 19, 2020 at 9:10am PDT

Despite his intentions to break this cycle, Johnson says the concept of FIELDTRIP was met with skepticism over concern as to whether Harlem residents would be open to trying its exotically seasoned rice bowls and salads — even if they were the healthy alternative.

"When I opened FIELDTRIP, many people in the community didn't think it was owned by a Black person," Johnson said. "In the heart of this pandemic, people saw me and my staff — which is primarily Black and Latinx — behind the counter and realized they wanted to support us."

While dishes from eastern cultures may not traditionally be sprawled across dining tables in Harlem, Johnson saw his hometown as the prime location for breaking down barriers within the food industry when FIELDTRIP opened in 2019.

"It's become this engraved part of Harlem that when the lights come on at FIELDTRIP, there's a sense of hope installed throughout the community," Johnson said.

That connection with local residents has been put on full display during this pandemic.

To maximize the restaurant's ability to feed those facing food insecurity during the pandemic, Johnson joined forces with Chef Erik Bruner-Yang who created The Power of 10. This initiative was built on the idea that if a restaurant were to receive $10,000 a week during this crisis, it could create 10 full-time jobs and provide 1,000 free meals to its direct community.

Born out of Washington, D.C., The Power of 10 partnered with Capital One earlier this year to expand nationally to help restaurants like FIELDTRIP thrive in cities across the country such as New York, Los Angeles, Chicago, Dallas, Charlotte, North Carolina, Richmond, Virginia and Fairfax, Virginia.

Since May, this partnership has helped enable The Power of 10 to donate more than 200,000 meals and provide income to workers at 38 restaurants.

"We were eager to do our part to help in this urgent and unprecedented time of need," says Andy Navarrete, Head of External Affairs at Capital One. "Restaurants play a vital role in unifying the communities we serve."

Through this support to The Power of 10, Johnson could assist Harlem's residents in ways that weren't possible before.

FIELDTRIP began distributing free "JJ Boxes" — prepared meals that consist of organic produce from local farms in the Tri-state area. Johnson first sought to give these meals to essential workers in the area but soon expanded FIELDTRIP's offering to any people in need.

View this post on Instagram
#FieldTrip is a restaurant whose mission is to serve its community. In the wake of #covid19, we've been on journey to deliver meals to those in need and have now partnered with @powerof10initiative to continue doing so. Thank you @powerof10initiative for taking this trip with us. Head to powerof10initiative.com to donate. 💪🏾 #powerof10 #donate
A post shared by FIELDTRIP (@fieldtripharlem) on May 18, 2020 at 9:29am PDT

To date, this initiative has helped FIELDTRIP distribute more than 3,000 free meals.

"Many of these people receiving these meals had lost their jobs and had very little money," Johnson said. "The Power of 10 helped us ensure that those families still had fresh produce that they could cook at home and put a delicious dinner on the table every night."

This funding has also allowed FIELDTRIP to continue working with local farms to use the freshest ingredients possible in its meals in an effort to help Harlem residents stay healthy.

"In every community we serve, we'll look at who needs help and how we can be there for them," Johnson said. "As I expand FIELDTRIP, my goal is to make our food so affordable that people chose us over fast food every time."