Teenager brilliantly shows how to deal with bullies by fundraising off of them.

Now this is how you deal with bullies. 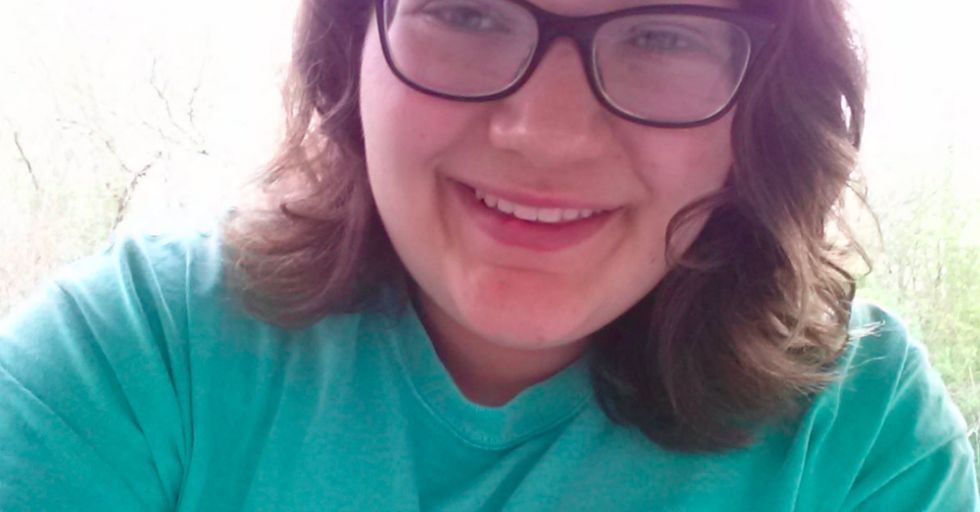 Dannie "Dee" McMillan was in study hall when she received a text that would bring many of us to tears.

The Texas teen learned that another student had created a Twitter account calling her a "fat whale." The account featured an unflattering photo of her with an image of a whale over her face.

Funny? Not at all. Painful? Definitely.

"At first I had no clue," McMillan explained of the Twitter account mocking her. "It started with weird looks in the hallways and people giggling behind my back. ... It was awful, the shame and embarrassment I felt. I left school right away and went home where I locked myself in my room and cried for hours. I stayed at home watching the [number of followers on the Twitter page] grow for three days."

Hurt by her classmates' cruelty, McMillan messaged Laura Lee, a plus-size model the 16-year-old looks up to, on Facebook.

"I jokingly told [Lee] part of me wants to cry all day," McMillan explained to KCEN News of the conversation. "And the other part of me wants to get a T-shirt with a whale on it and wear it to school to show that they can't get to me. And, she was like 'oh, we should.'"

So McMillan did just that ... and she took it up a notch.

McMillan launched a fundraiser selling shirts to benefit the Save the Whales Foundation and got to spite the bullies who wronged her.

Her efforts have garnered more than $6,700 for the nonprofit, an educational initiative that promotes whale preservation.

The shirts read "Dee the Fat Whale Saves the Whales."

What's more, McMillan also set up a GoFundMe page that has raised an additional $10,700 toward the nonprofit.

"It has given me a much larger sense of confidence," McMillan told Welcometoterranova about the overwhelming support. "It makes me feel like I am making a difference."

Those shirts are pretty much amazing because McMillan's not only fighting back with a great cause, she's reclaiming the word "fat" while she's at it.

After all, the adjective "fat" shouldn't be an insult, as activist vlogger Meghan Tonjes has explained, "it’s all the things you attach to the word 'fat,'" like lazy, ugly, or unhygienic that are nothing more than inaccurate, degrading stereotypes. Fat is just an adjective, like skinny or tall or short, and to see McMillan take her experience being bullied for her weight and turning it into something that gives "fat" a positive association is an incredibly important message.

One glance at McMillan's fundraiser pages, and it's obvious her actions aren't just helping whales — they're inspiring people too.

Reading through the comments, it's hard not to smile:

Trey McMillan has his daughter's back too. "I just want her to be happy and successful in what she does and be proud of what she does," he told KCEN.

And as far as Lee? She's over the moon. "No joke, I'm a teary mess seeing this fabulous story," the model wrote on Facebook, noting she's beyond thrilled to know the story is making waves.

McMillan is a shining example of how to turn something awful into a beautiful thing.

"I can take someone's hate and use it to spread love," she wrote on her GoFundMe page. "Overcoming things like this is not easy, but people need to know that it is possible and they have support."

You can help support McMillan by purchasing a shirt here or donating to her GoFundMe here.