Tracy has built a career helping others, but she feels like she’s taken a vow of poverty. 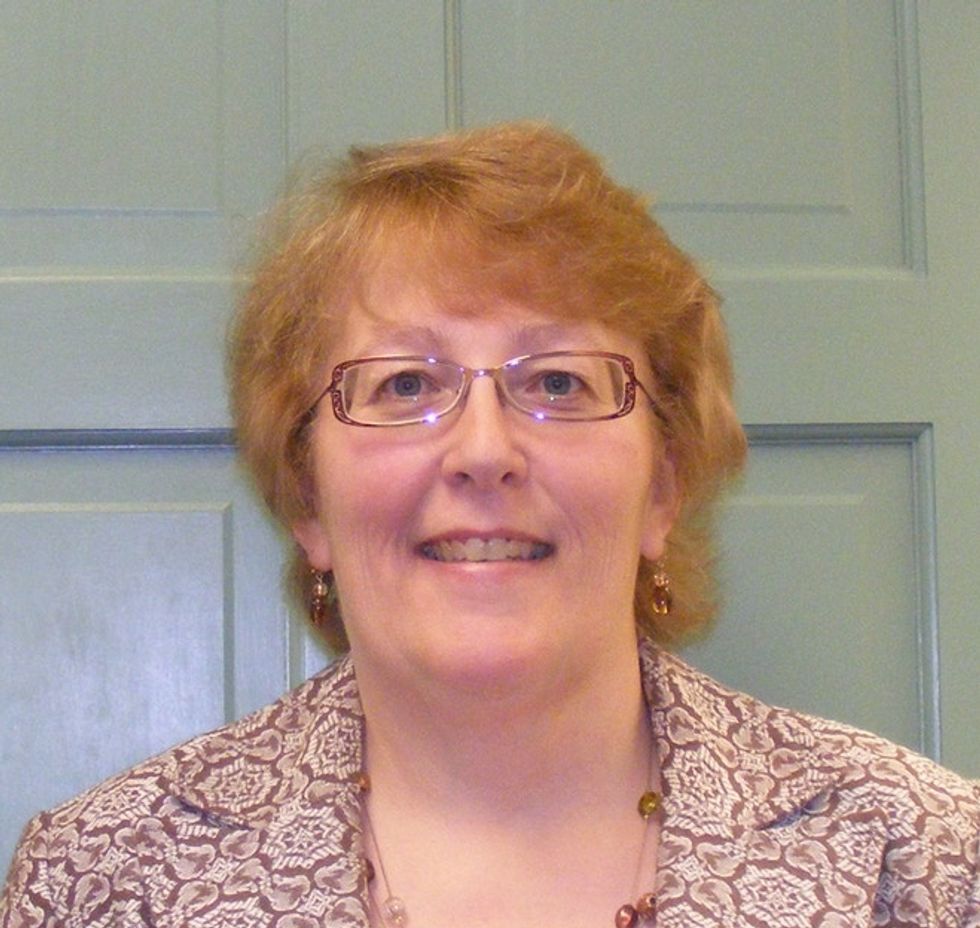 When Tracy Dudzinski got her start in care work shortly after high school, she had no idea what she was getting into.

Tracy grew up in a small town in central Wisconsin. She married her high school sweetheart after graduating, and they started to build their lives together. But when a disability left him unable to work, Tracy's path changed; she needed to bring in some extra money.

A nursing home in town was offering free certified nursing assistant classes, so she signed up. Tracy didn’t really understand what care work involved. She figured it couldn’t be much harder than babysitting, so she jumped right in.

The reality shocked her.

You see, care work is definitely not babysitting. It’s much more than that.

Care workers are challenged physically, mentally, and emotionally. They monitor medication use for their patients, some of whom may suffer from illnesses like dementia. They assist with bathing, grooming, and other personal care. They prepare meals. They assist with housekeeping and so much more.

The people receiving care are dependent on their caregivers, and the caregivers are very aware of the responsibility that comes with that type of dependency. They don’t want to let anyone down.

But in so many ways, caregivers are being let down by the system.

Since care work doesn’t require a college degree, it's considered entry-level, so workers scrape by on extremely low salaries. With an average hourly wage of $9.25, Tracy says that many caregivers can’t even afford their own health care costs — even though their job involves caring for the health of others.

"They always say 'caregivers are a special kind of people,'" Tracy said. "Because people know that if you’re really, truly a caregiver, you’re going to take care of people no matter what. So you kind of get taken advantage of."

"I missed a lot of my kids' high school sports activities. I actually left my son's graduation party because they called me, and the person I was helping needed service — someone had called in ... because if I don’t do it or my company doesn’t help take care of people, what will happen to them? ... It’s the right thing to do. But even though it’s the right thing to do, we’re not respected. We’re not paid what we’re worth ... it’s almost like you take a vow of poverty."

Still, Tracy shows up for work every day because she feels an obligation to help. Because she knows the work she does isn’t a luxury, it’s a necessity. It saves lives.

So why is this the state of affairs? Well, it's complicated.

Home care workers care for older individuals and individuals with disabilities, many of whom cannot afford the care they need. They rely on government assistance like Medicaid to cover the cost of their care. But here's the thing: What the government pays for home care isn't enough. And it hasn't been for a long time.

Home care workers have been devalued since President Franklin Roosevelt's New Deal, when a block of congressmen refused to allow the deal to pass until certain job protections were removed. These job protections would have included basic rights, such as wage and overtime protections for domestic roles — roles that were primarily filled by black women. Not much changed until recently, when the Fair Labor Standards Act made improvements that require agencies to pay home care workers minimum wage and overtime. But there is still more work to be done.

Awareness of this problem is the first step toward a solution.

Tracy points out that "there’s a lot more to this line of work that the public doesn’t know unless someone they love is receiving service."  And even then, a lot of people receiving home care aren't aware of how little the caregivers make and the struggles they face.

So for now, workers have taken it upon themselves to demand fair wages. They show up to work each day and they organize on the side, joining groups such as the National Domestic Workers Alliance. They go to meetings and they learn to speak up for themselves because if no one knows their stories, nothing will ever change.

Image via The All-Nite Images/Flickr.

And there are steps being made in the right direction. Businesses like Cooperative Care — where Tracy now works as an administrative coordinator and caregiver — are trying to take initiative and shake up the industry. Cooperative Care is employee-owned. In many ways, this means they operate like their own union, looking out for the best interests of the workers while being mindful of very real business needs. And their workers are able to make $30,500 per year — which is 30% to 50% above the industry median. It’s still not enough, but it’s a start. Their model works; they're just limited by the state's reimbursement rate.

That’s why The Fight for $15 is so important.

It’s shining a spotlight on this issue, showing its complexity. Because the fight for a livable minimum wage has never been a simple one.

The state reimbursement rate has to be raised to make that much-needed salary hike a reality. And cutting back on staff isn’t an option: As the large baby boomer population ages, the demand for home care work rises. In North Carolina, the percent of the population age 65 and older is expected to grow to 2.8 million by 2050, up from 1.3 million in 2012. And that's just one state.

So, the demand is there and the need is clear, but the salary requires a sacrifice that shouldn’t be asked of these workers. Care work providers are stuck between a rock and a hard place, and they're hoping that as their voices are heard, the barriers will fall away.

Image via The All-Nite Images/Flickr.

Tracy says her daughter has chosen to enter the industry in spite of her cautions.

She’s seen the reality, seen her mother’s struggles, and still, she wants to help. There are people, like Tracy and her daughter, who will continue to answer the call to help, which makes it even more important that we make sure their voices are heard. They devote their lives to helping others and are only fighting for the ability to support themselves. No more, no less.

Change is around the corner. The Fair Labor Standards Act was recently revised to include caregivers. More co-ops like Cooperative Care are being formed. The tide is turning, slowly. But more is needed.