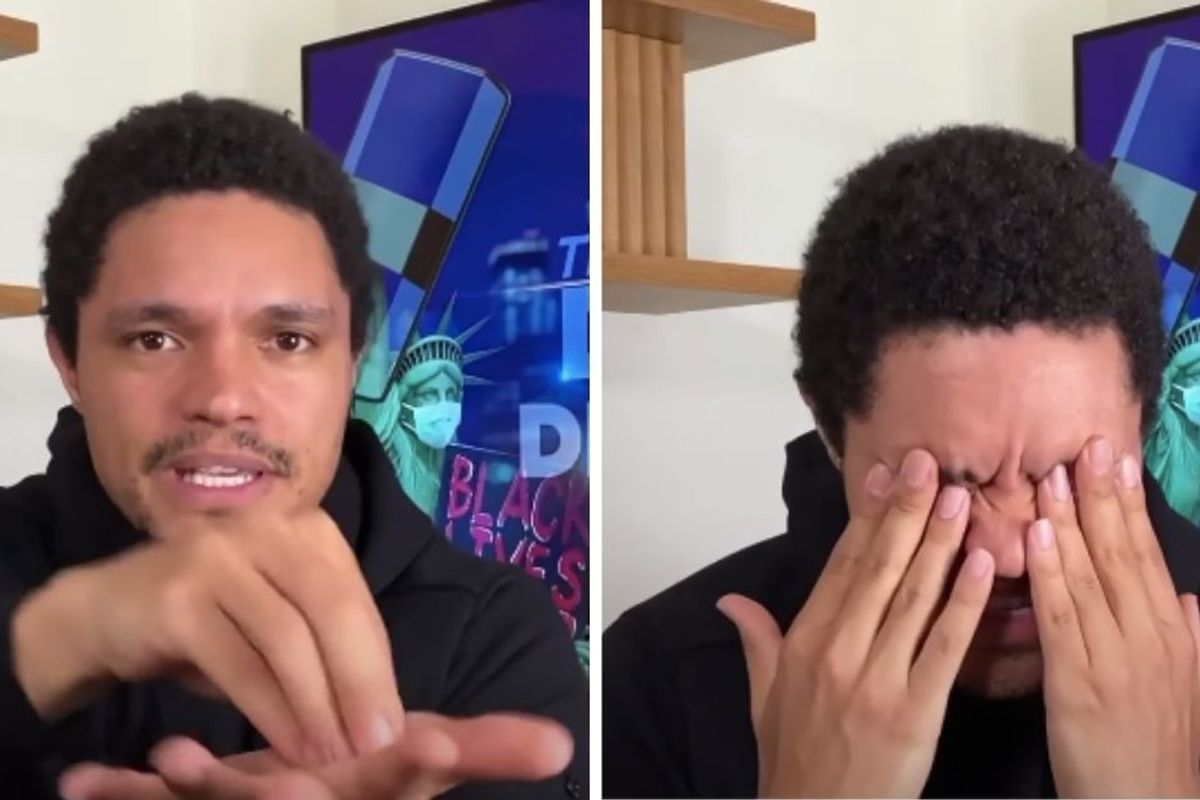 The Daily Show with Trevor Noah/YouTube

Comedian Trevor Noah has become not only a voice of comic relief in tough times, but a voice of thoughtfulness and reason on social issues, as well. As an immigrant to the U.S. from South Africa, Noah brings a unique perspective to the table, but it's his ability to zero in on the truth at the heart of an issue that brings people to hear his social commentary.

This week, Noah posted a video with some thoughts on the police killing of Rayshard Brooks, a 27-year-old Atlanta man who fell asleep while drunk in his car in a Wendy's drive-thru. According to CBS News, Brooks resisted arrest and took an officer's Taser. As he was running away, police shot him twice in the back. One officer in the incident has been fired and another placed on administrative duty.

He continued, "And then in one moment, in just a few seconds, every part of that normal story turns into the abnormal ending that we've come to know as interactions with police and black people."

Noah pointed out that the encounter never needed to get to that point. Despite the fact that the story is messy—Brooks was drunk, and he did resist arrest and took the police officer's taser—the question remains, Why do we call on armed police in a situation like this in the first place?

Noah laid out the way the story could have or should have played out, especially considering the fact that the man was drunk. The sober people in the situation are supposed to be the ones who can handle the situation responsibly. He also addressed the inevitable "ifs" that come up anytime people talk about an incident of police brutality.

"There's one common thread beyond all the 'ifs'." he concluded. Watch the video here:

Why Did Rayshard Brooks Have to Lose His Life? | The Daily Social Distancing Show www.youtube.com

Noah's questions are worth exploring. At what point do we fundamentally examine what the purpose of policing really is and whether or not the way we currently do it fulfils that purpose?