Trump admin dumped thousands of asylum seekers in San Antonio. The city's response has been beautiful. 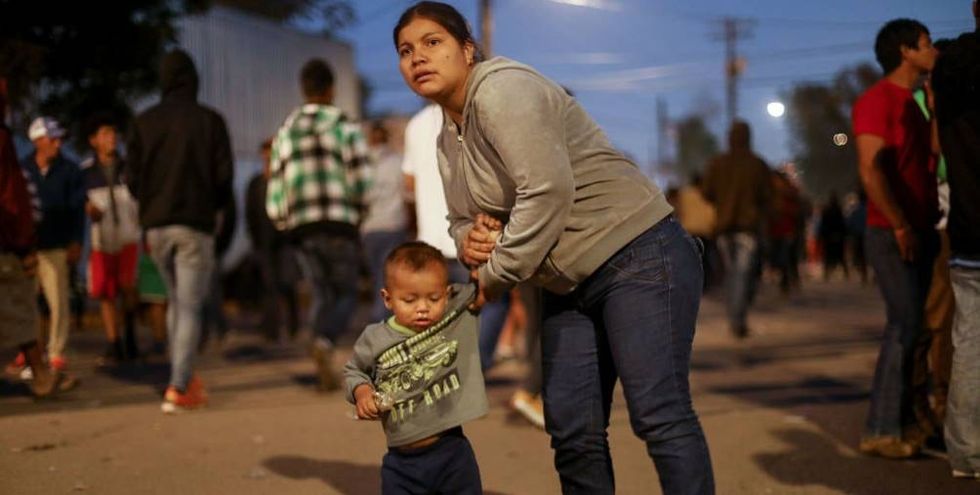 Tens of thousands of asylum-seekers from Central America’s “Northern Triangle,” comprised of El Salvador, Guatemala, and Honduras, have fled to America over recent years to escape the region’s corruption, drug trafficking, and gang violence.

After these families are processed and detained at the border, they are scheduled a court date at their final destination in America, which is usually with a friend or family member.

Last March, hundreds of these immigrants began showing up at a Greyhound bus station in San Antonio, Texas. Since then, the stop has seen around 200 or more people on a daily basis. Most of the families have only what they can carry in their hands and are in serious need of food, money, and sanitary supplies.

“We get no help or funding from Washington even though we are, in effect, acting as an extension of the federal government by processing and providing vital services to these asylum seekers," Bridger continued.

So, San Antonio and its citizens have banded together to help America’s newest arrivals.

The city opened up a resource center at a shuttered Quiznos sandwich stop by the station where it has served as a haven for the weary immigrants. Here, they can call family members and are provided with a new backpack, a Red Cross blanket, soap and toiletries, a bag of 20 snacks, a small stuffed animal, crayons and a coloring book, a used English-Spanish paperback dictionary, and a reusable water bottle.

They can also enjoy a hot meal served by the San Antonio Food Bank.

Catholic Charities has been spending around $14,000 each week to pay for bus fair for the refugees to help them reach their final destination.

The immigrants sleep at nearby Travis Park Church, a Methodist congregation, with a history of serving the homeless.

The response in San Antonio stands in stark contrast to that in Washington where lawmakers have stumbled at putting together any plan to alleviate the immigration crisis.

Recently, White House advisory Jared Kushner briefed Senate Republicans on a potential plan, but was greeted with skepticism even from his own party.

While the recent arrivals have put a strain on city resources, the people of San Antonio are putting the politics of the situation aside and providing humanitarian aid however they can.

“It’s easy for things to go political when you don’t have a name and a face to go with the problem,” Bridger told Mother Jones. “We have names and faces of families who are here, so I think when it’s up close and personal, people do a better job separating the politics from the people.”

From Your Site Articles
Related Articles Around the Web
holiday
Heroes