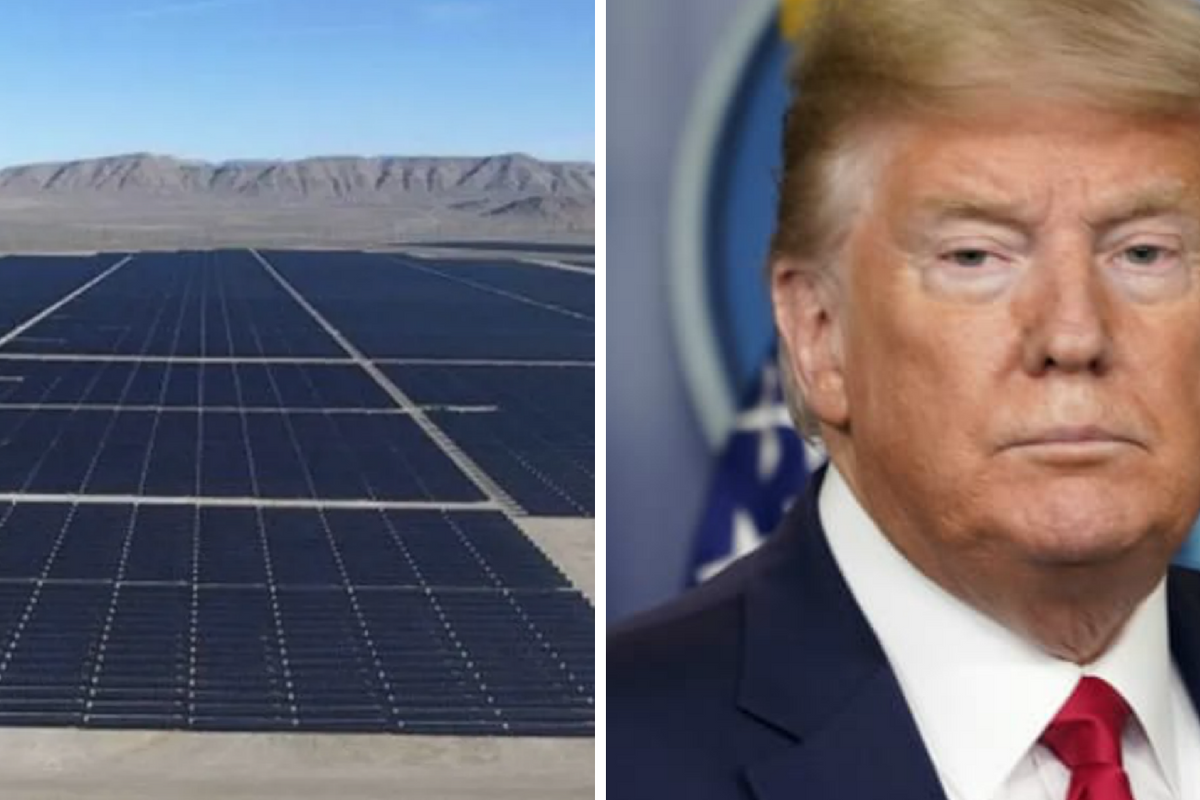 The Trump Administration has approved the largest solar power project in U.S. history. The $1 billion Gemini Solar Project constructed by Solar Partners, XI LLC (Arevia) will be located in the desert just north of Las Vegas, Nevada. The plant will span approximately 7,100 acres of federal land and generate enough electricity to power 260,000 homes in the region.

When it's completely finished in 2022, the solar project will become the eighth-largest solar-producing facility in the world.

The project will produce power for NV Energy, part of Warren Buffett's Berkshire Hathaway conglomerate. It will work to meet Nevada's requirement to have 50% of the state's energy produced by renewables by 2030 and 100% by 2050.

The solar farm's energy may also be shipped out to Southern California.

via Bureau of Land Management

The project will annually offset over 380,000 metric tons of carbon dioxide. That's the equivalent of taking 83,000 cars off the road.

The plant will have a 380-megawatt battery storage system that will hold power created during the day to be released when demand peaks in the early evening.

"Despite the challenges of the coronavirus, we're pleased to see that Nevada will soon be home to one of the biggest solar projects in the world," Abigail Ross Hopper, president and CEO of the Solar Energy Industries Association, said in a statement.

"The solar industry is resilient and a project like this one will bring jobs and private investment to the state when we need it most," she continued.

The decision is surprising given Trump's history of standing against renewable energy.

Trump has incorrectly stated that solar power is "not strong enough and it's very very expensive."

He also significantly hobbled the solar industry in 2018 by placing 30% tariffs on solar imports. The tariffs have since been reduced to 20%, but the economic damage has been significant. The tariffs cost more than 62,000 U.S. jobs and cost $19 billion in new private sector investment.

The goal was to inspire U.S. panel production but that has actually decreased since the tariffs went into effect.

The decision to build the solar panel farm show's the administration's lack of cohesive energy policy but it's a definite positive in an era when the federal government has taken a firm stance against clean, renewable energy.

In spite of the Trump Administration's war against renewables, the country had made significant strides when it comes to solar installations.

"Solar accounted for 40 percent of all new electric generating capacity added to the grid in 2019, more than any other energy source," the non-profit The Solar Energy Industries Association (SEIA) said in a report. That was enough energy to power 14.5 million American homes.

Visit AmazonSmile Charity Lists to donate directly to a local charity in your community, or simply shop smile.amazon.com and Amazon will donate a portion of the purchase price of eligible products to your charity of choice.
From Your Site Articles
Related Articles Around the Web
holiday
More