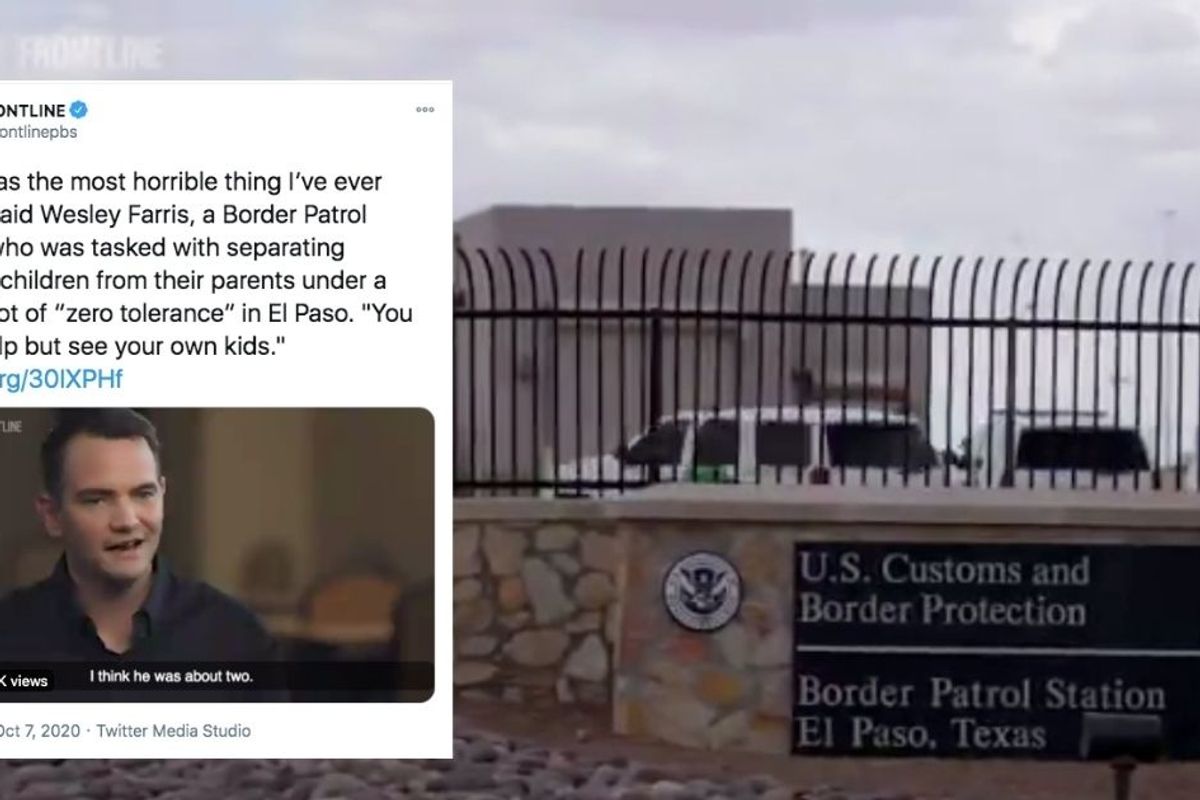 Of all the harsh immigration policies the Trump administration has enacted, from slashing America's refugee resettlement program to building "The Wall," taking thousands of children away from their parents is by far the worst. The "zero tolerance" policy of separating families at the border drew so much international outrage that the administration eventually abandoned it and was ordered by the courts to reunite the families. In some cases, that process took far more than a year.

Now, an investigation shows that the implementation of the policy was even more inhumane than we knew.

According to the New York Times, five prosecuting attorneys who were told about the new policy in May of 2018 "recoiled" when Attorney General Jeff Sessions told them "We need to take away the children." The attorneys told officials in the Department of Justice that they were "deeply concerned" about the welfare of the children subject to that policy.

A week later, deputy attorney general Rod J. Rosenstein told the prosecutors on a call that it didn't matter how young the children were. Government attorneys had apparently refused to prosecute two cases in which the children were barely more than infants, and it was made clear that they should not have done that.

"Per the A.G.'s policy, we should NOT be categorically declining immigration prosecutions of adults in family units because of the age of a child," John Bash, the departing U.S. attorney in western Texas, wrote to his staff immediately after the call. Bash was the one who had declined the cases involving babies, but Rosenstein overruled him.

This information comes from a draft report of a two-years investigation by the DOJ's inspector general, which included more than 45 interviews with key officials in addition to emails and documents. Officials say the final report could change, but what was revealed is shocking, even for those who are familiar with the policy and its implementation.

ACLU lawyer Lee Gelernt expressed his shock at the report on Twitter.

Among the revelations in the report:

- A secret pilot program in 2017 along the Mexico border in Texas alarmed government attorneys. "We have now heard of us taking breastfeeding defendant moms away from their infants," one government prosecutor wrote to his superiors. "I did not believe this until I looked at the duty log."

- Border Patrol was stretched so thin from the family separation prosecutions that they missed serious felony cases, with one Texas prosecutor warning the DOJ that "sex offenders were released" as a result.

- U.S. Marshals had no warning before the policy was announced, which led to overcrowding and budget overruns because there was not preparation for it.

- DOJ officials have long claimed that they thought children would be reunited with their parents within hours, but there was no actual plan in place to get families reunited. "We found no evidence, before or after receipt of the memorandum, that DOJ. leaders sought to expedite the process for completing sentencing in order to facilitate reunification of separated families," the inspector general wrote.

Reading the NTY report, when confronted with who was ultimately responsible for the welfare of the children and for reuniting the with their parents, the officials involved in the policy either refuse to comment or point fingers elsewhere. No one wants to be the one to say, "I'm the monster," and of course the individual ultimately responsible for all federal policy is the president himself.

In fact, according to the Times:

"Gene Hamilton, a top lawyer and ally of Stephen Miller, the architect of the president's assault on immigration, argued in a 32-page response that Justice Department officials merely took direction from the president. Mr. Hamilton cited an April 3, 2018, meeting with Mr. Sessions; the homeland security secretary at the time, Kirstjen Nielsen; and others in which the president 'ranted' and was on 'a tirade,' demanding as many prosecutions as possible."

When "Prosecute 'em all!" becomes the policy or even misdemeanor illegal entry cases of asylum-seekers crossing the border in an area other than a port of entry, and no one plans for the fallout, chaos is inevitable and children ultimately pay the price.

"The department's single-minded focus on increasing prosecutions came at the expense of careful and effective implementation of the policy, especially with regard to prosecution of family-unit adults and the resulting child separations," the draft report said.

And what of the Border Patrol agents charged with carrying out the assignment of taking babies out of their parents' arms? One of them spoke to PBS Frontline about what that was like:

"That was the most horrible thing I’ve ever done," said Wesley Farris, a Border Patrol officer who was tasked with… https://t.co/y2yiFqoj4d
— FRONTLINE (@FRONTLINE)1602093300.0

Make no mistake—children were traumatized by this policy. How could they not be? And that cruelty was exactly the point. Our government decided that punishing parents by traumatizing children would be an effective deterrent for people trying to enter the U.S., no matter what their circumstances.

There are certain lines that we, as a civilized society, simply should not cross. Knowingly causing harm to children is one of those lines. And the U.S. not only crossed that line, but hurdled over it with Trump's "zero tolerance" policy. Our own "of the people, by the people" government deliberately hurting babies and children is what we should truly have zero tolerance for. Not in our name. Not our watch.

From Your Site Articles
immigration