Here's to another unsung hero of the coronavirus pandemic—the midwife 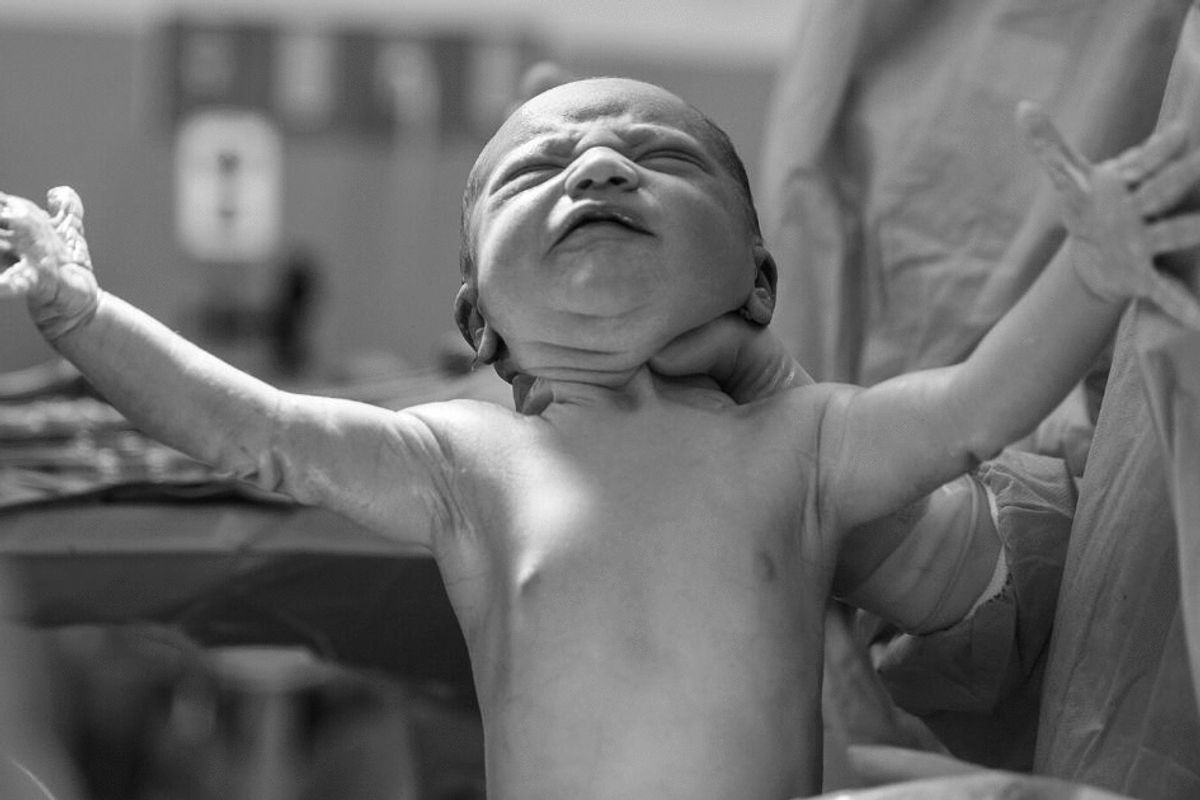 Photo by Alex Hockett on Unsplash

Imagine being pregnant in the middle of a pandemic, when a hospital full of potentially contagious patients is the last place you want to set foot. Where and how are you going to bring your baby into the world?

Thousands of parents-to-be facing this question have scrambled to make a plan that keep them and their baby safe during the coronavirus outbreak. And many have turned to the experts in safe birthing in non-hospital settings—midwives.

Depending on where you live, midwife-assisted birth in a non-hospital setting may be seen as totally normal, or it may be viewed with suspicions about safety. In the U.S., midwife-attended births had seen an uptick even before the pandemic, but the vast majority of births still take place in hospitals. In other countries, home births attended by midwives is the norm for low-risk births.

With the new coronavirus likely not leaving anytime soon, folks in the U.S. might want to hop on the "this is normal" train. With restrictions on visitors and birth support people, as well as the risk of infection, more and more parents are opting for an out-of-hospital birth experience.

Despite being the first state hit hard by the virus, Washington state has had a "tremendous leg up" on this front, says Jen Segadelli, Co-President of the Midwives' Association of Washington State and Clinical Education Supervisor of the Department of Midwifery at Bastyr University. Decades of relationship-building between the midwives and OBs in Washington has created a strong culture of collaboration, she says, making childbirth care in a pandemic far easier than in states where midwives and OBs operate mostly in separate spheres.

However, even in a state where doctors and midwives work well together, the unique circumstances of a pandemic create an entirely new set of challenges and considerations. Coincidentally—and thankfully—a playbook for handling childbirth during a pandemic had already been partially written in Washington before the virus even hit.

Seattle-area midwife Tara Lawal, who runs Rainier Valley Community Clinic, had written her Masters thesis on developing a midwife-led community-based model of care, which includes midwife-physician collaboration—a vital piece of the pandemic birth equation. And Emily Jones, a current Bastyr University midwifery student, is nearly finished writing her Masters thesis on the role of midwives in disaster preparedness. The central question of her paper: "What happens when hospitals run out of beds?" Talk about good timing.

Segadelli, Lawal, Jones, and other community birth providers in Washington have created a COVID-19 Response Coalition to address the needs of birthing families during the pandemic using the knowledge laid out in those midwives' research. "The goal is to not get ourselves to a place where we are suddenly New York and like 'Aw crap. We might have to divert two thousand births out of the hospital in two weeks, and where are we going to put them?'" says Segadelli.

For midwives, the specifics of "where" aren't as important as simply having a plan. "We can catch a baby anywhere," says Segadelli. "We would just prefer that there be four walls and running water and heat."

Segadelli says one option is setting up ad-hoc birth centers in hotels or Airbnbs in addition to home births. However, varying state laws and regulations make those options trickier in some states than others. For example, some states don't allow midwives to carry certain life-saving medications, and some don't even allow midwives to legally practice at all.

"This is the downside to the federalist legal system, right? We essentially have 50 different legal systems in this country. Our legality of practices are different state by state, and our scope of practice is different state by state. There are some states where you can't carry anti-hemorrhagic medication. You can't carry Pitocin to stop a postpartum hemorrhage. So the way that those midwives might be forced to manage this is going to look different than it's going to look like for midwives in Washington, who enjoy a pretty liberal scope of practice and a pretty extensive drug legend for emergency management."

Segadellisays midwives has seen a 25% to 100% increase in demand across the state since the pandemic began. Some requests are from patients who are near their due date, which poses an extra challenge for midwives who are used to working closely with patients throughout their pregnancy. Late-term transfers don't allow much time for relationship-building, and patients may not be prepared for the reality of an out-of-hospital birth without the option of an epidural. But in a crisis, people do what they have to do.

And problem-solving in real time is exactly what midwives do. "I think that's what midwives do well," says Segadelli. "We innovate. We problem-solve. We always have." Midwives also have valuable birth care expertise that traditional OBs don't. Doctors have begun approaching midwives in Washington asking how to get patients out of the hospital after birth quickly, which is standard practice for most midwives. Segadelli says that kind of knowledge sharing will serve birthing patients well, not only during this pandemic, but in any potential disaster situation.

"We are hopeful that we have somewhat managed to avert crisis in this state with early action with social distancing and preventative measures," says Segadelli. "But we are also hopeful that this has started a bigger conversation about when this happens again—I won't even say 'if,' we're way too connected as a global society for it not to happen again—or an earthquake or some other kind of crisis or disaster—when we're faced with it, that we've started to lay some groundwork here with our colleagues and as a healthcare system that recognizes we're going to have to have a plan. Because if we don't have a plan, the people who fall through the cracks are the birthing people and the babies."

While OBs are experts in surgical birth and high-risk birth situations, midwives are the experts in normal, low-risk birth. Both kinds of expertise are needed in a crisis, so the more birth care providers work in conjunction with one another, the better the outcome for all birthing families.