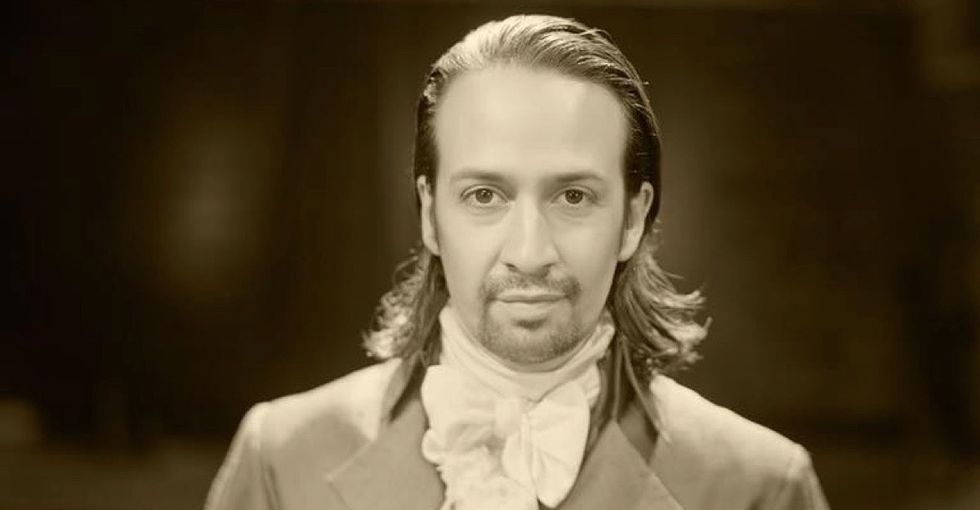 There's never been a Broadway musical with a bigger impact than "Hamilton" — at least in recent memory.

And there has never been a more crucial presidential election in recent memory either. Marry the two and you get this powerful parody from the show's creator, Lin-Manuel Miranda.

Lin-Manuel Miranda taking a bow after one of his performances. Image by Nicholas Hunt/Getty images.

This summer, Miranda wrote and directed three videos to get out the vote. This is the first one he's released. It's a fun, hopeful, and oh-so-danceable rap inviting all of us to vote in November.

It's in Spanish, so here's the English translation:

At this point, Miranda's popularity is a massive force to be reckoned with.

We've seen him hanging out everywhere from Broadway to the White House, and he's even hosting "Saturday Night Live" this October. So, yeah, he's kind of a big deal.

And he's also quickly gaining a reputation for using his high-profile status to bring awareness to the social issues that really matter, like voting. On Sept. 28, 2016, four "Hamilton" cast members even sat outside the Richard Rodgers Theatre to register people to vote.

Miranda's video is aimed in particular at the 27.3 million Latinos who are eligible to vote in the next election.

Out of those 27.3 million Latinos eligible to vote, 44% (almost half) are millennials. And because "Hamilton" is to millennials what "Rent" and "Les Miserables" were to theatre-goers of previous generations, Miranda's power is far-reaching.

And as for Miranda's personal views on this election? He's backing Hillary Clinton — even signing on for a star-studded Broadway event in her honor on Oct. 17, 2016. But regardless of who you're voting for, Miranda is determined, telling TIME magazine “Just get out and vote."

Let's listen to the man, shall we?