What to do with blemished or expired food? This restaurant is selling it. 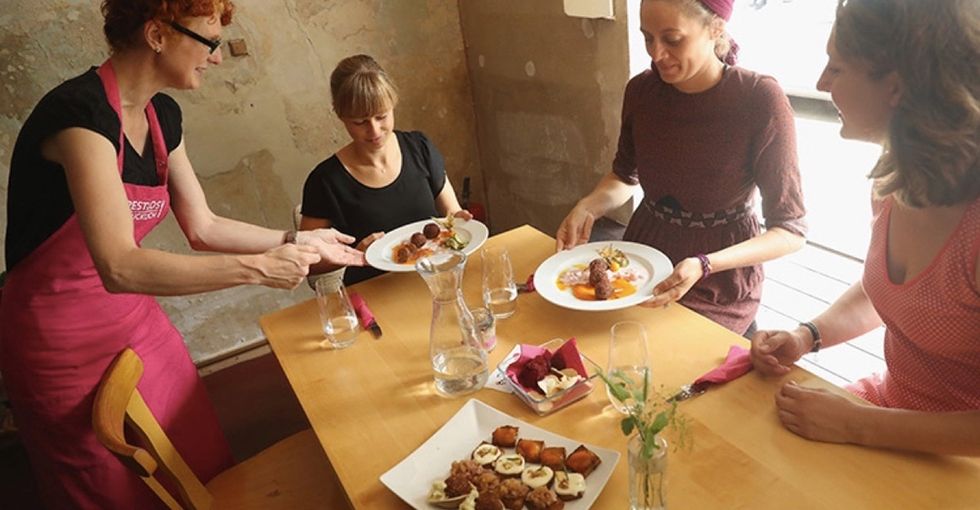 What are the chefs at Restlos Glücklich serving today? Waste.

Food waste that is.

This Berlin restaurant is giving blemished ingredients a second chance by turning them into exquisite, mouthwatering meals.

Restlos Glücklich (which loosely translates to "completely happy") works closely with an organic grocery store chain to procure its ingredients.

Most of the bread and produce they receive is imperfect and might otherwise languish on the shelf. And incorrect deliveries can result in accidental surplus, so the restaurant puts that to use too.

From there, chefs let the ingredients inspire appetizing and inventive vegetarian dishes.

And they serve them in the restaurant Wednesday through Saturday.

There's even a three-course fine-dining option available on the weekends, where you might enjoy these bite-sized appetizers...

From end to end, the process has an eye toward conservation and sustainability.

Not only does the restaurant work to minimize food waste, workers also pick up the daily haul on bicycles.

And their effort doesn't end with the restaurant. The staff hosts cooking classes to help kids and adults learn to cook more sustainably using ingredients they may already have.

Each year, around $1 trillion in food is wasted in production or consumption (what you scrape off your plate or leave behind in a restaurant). That's about one-third of all the food produced worldwide!

In the U.S. alone, each person contributes over an estimated 20 pounds of food waste per month. It's no wonder organic material is the second-most common item in our overcrowded landfills.

And all of this while millions go without. There's got to be a better way.

That's why it's important to take responsibility for our production, consumption, and waste habits.

Whether it's using exploring how your local stores handle damaged or blemished goods, cooking more with less, starting a compost pile to give organic refuse another life, or stopping in to Restlos Glucklich, we're all capable of doing something to better our community and minimize waste.