What we can learn from NASA's pictures of awesome women. 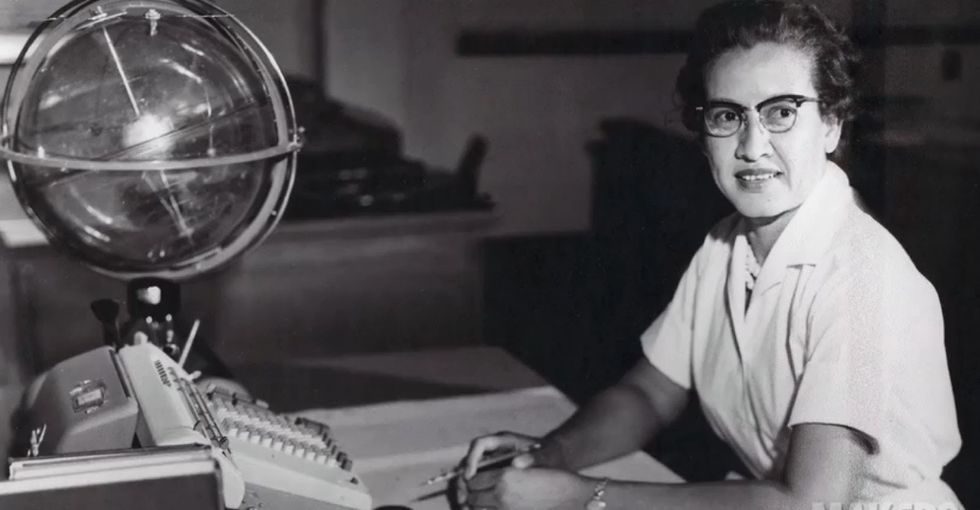 Can you imagine flying along and seeing THAT out your window? Image from NASA/ESA.

...and robot selfies from Mars.

In short, NASA's photos are awe-inspiring and completely breathtaking.

But the photo NASA posted for International Women's Day may be one of the space agency's most inspiring:

This 2010 photo was the first time four women were in space at the same time.

So who are the badass women in NASA's International Women's Day photo?

1. Stephanie Wilson, an engineer and the second African-American woman in space.

Stephanie Wilson in a training module. Image from NASA.

2. Dorothy Metcalf-Lindenburger, a former high school astronomy and earth sciences teacher, who served as a mission specialist on that particular flight.

Working in microgravity requires a little ingenuity when it comes to moving stuff around. Image from NASA/Wikimedia Commons.

3. Naoko Yamazaki, an engineer and researcher who was part of the Japanese Aerospace eXploration Agency and the second Japanese woman in space.

Naoko Yamazaki eats a snack in microgravity. Image from NASA.

4. And Tracy Caldwell Dyson, a chemist, who served as flight engineer and performed three successful spacewalks on that mission.

Tracy Caldwell Dyson in the ISS' cupola, looking through the — hands-down — best windows in the solar system. Image from NASA/WIkimedia Commons.

Since the photo was taken in 2010, Yamazaki and Metcalf-Lindenburger have retired from spaceflight and moved on to different things, but Wilson and Dyson are still active in the astronaut program.

NASA owes a great debt to women, and it's great to see the agency highlighting their contributions.

Though the first astronauts were mostly male, there's a long list of awesome ladies without whose hard work humans would have never left the planet.

Women like Katherine Johnson, an African-American woman who calculated trajectories for the missions that put the first Americans in space and for the moon landing. She was so good that when NASA first started using computers, they called her in to verify the numbers.

Lately, Johnson's been getting the credit she deserves. President Obama awarded her the Presidential Medal of Freedom in 2015. A movie about her life and the other women who worked alongside her, starring Taraji P. Henson, Octavia Spencer, and Janelle Monáe, is slated to hit theaters in 2017.

Since Johnson began working at NASA, 58 different women have flown into space — and 49 women have flown in missions with NASA — in a variety of roles from engineers and specialists to managers and educators to commanders and crew.

As of March 2016, there are only three people in space, none of whom are women, but thanks to NASA's 2013 astronaut class, more are on the way.

The 2013 astronaut candidate class is evenly split, with four men and four women — including Christina Hammock Koch, Nicole Aunapu Mann, Anne McClain, Jessica Meir. This is the class of astronauts who might be part of our first mission to Mars!

They're probably already preparing their "one small step" speeches and I, for one, can't wait to hear them.

At a time when it's so crucial that we show kids that women have an equal place in STEM fields, it's great to share these women's stories and make sure their contributions are not forgotten.