What's in a name? A personal Juneteenth story shows history's impact on the present 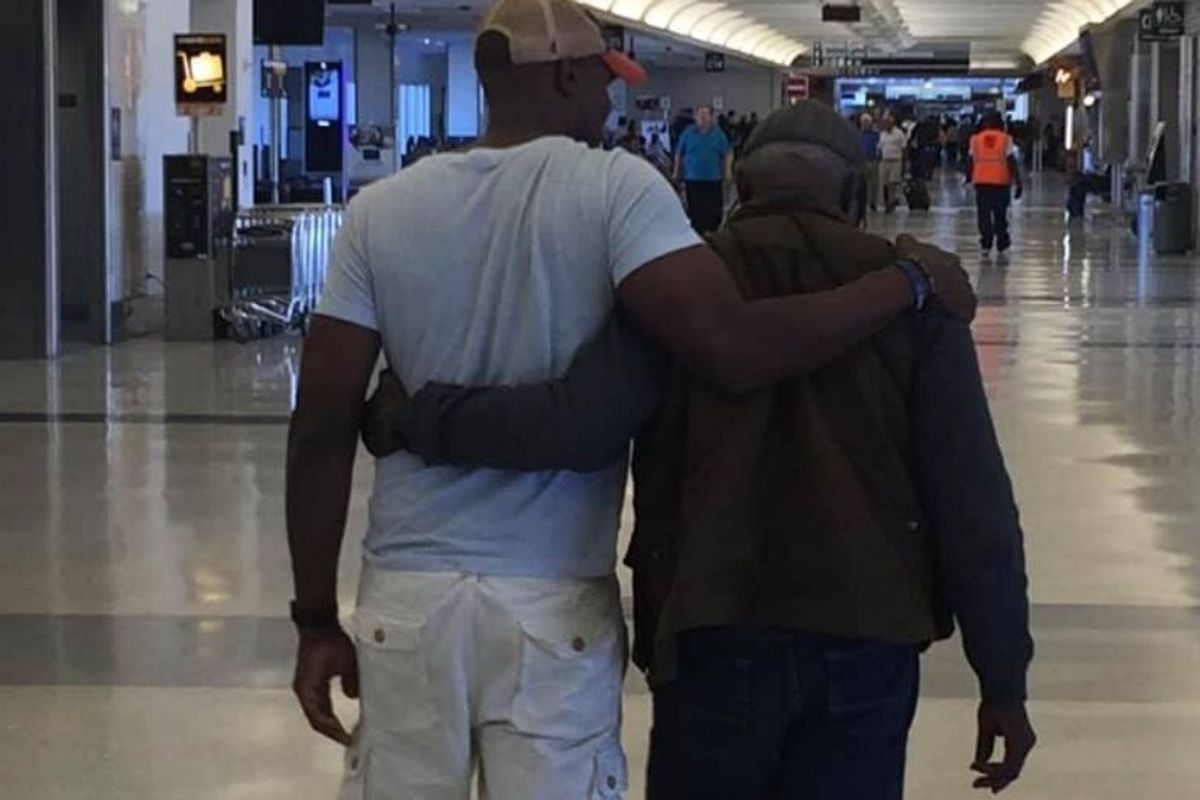 Doyin Richards's name has more of a story than most.

The writer, speaker and social media influencer shared a bit of his family's history that ties directly into the Juneteenth holiday and gives us a glimpse of how that history still directly impacts present generations.

When slavery was abolished, newly-freed slaves had the choice of making a life for themselves in America or going back home to Africa. Many of my ancestors chose the latter option and moved to a place aptly named 'Freetown' which to this day is the largest city in Sierra Leone (a West African country).

As you probably would assume, slaves had their names taken from them and changed to something 'more American', like Stephen, Michael, or Daniel - because if slave owners forcibly took them from their homelands, they sure as hell weren't going to have the courtesy of learning how to pronounce their birth names.

Because of that, many newly-freed slaves in Freetown changed their names back to common surnames from the Yoruba language - like 'Adewole' for example. But here's the interesting thing - my ancestors chose to keep their slave owners' last name of Richards. But why? Nobody knows for sure, but many in my family's lineage believes it's because we had benevolent slave owners (that's the leader in the 'oxymoron hall of fame') and decided to keep it.

Fast-forward to the time when me and my two brothers showed up on earth, my dad (who was born and raised in Freetown) insisted that we have Yoruba first names to offset the slave owners' legacy that would always follow us. And with that, my full Yoruba name of Adedoyin means 'royalty' or 'son of the king.' As you know by now, I just go by Doyin.

But because I wanted to fit in so badly in my predominately white Massachusetts hometown as a kid, I let people call me 'Dwayne' instead of the proper pronunciation of 'doe-ween' because it was easier *for them*. Then I watched the classic movie 'Roots' and saw Kunta Kinte getting the shit kicked out of him by his white owners when he refused to change his name to 'Toby' and it changed everything for me. Then I knew changing my name and the pronunciation of it would be a disgrace to my ancestors who were raped, beaten and killed to keep their names just because I wanted to make some white people feel comfortable.

But to even to this day, I carry the burden of white supremacy in my own last name. Somewhere in the Deep South, there could be a racist Richards who hates everything about me, but we're considered 'family' because of our history. That's a tough pill to swallow.

I often wonder what my dad (who passed away last year) would think of what's happening right now. He would probably say something to the effect of, 'You are a leader, and leaders will be remembered by how they show up.' So I'm here, Adedoyin Richards, showing up to fight for equality - because that's what he and my ancestors would've wanted and expected. Happy Juneteenth, and I hope you continue to fight for equality in your own way today and every day. #juneteenth"

It's easy to think the history of slavery and emancipation in abstract, long-ago terms when it's not your personal family's history. Seeing how Richards' lineage has played out on two continents and how much meaning his first and last name hold is a good reminder that Juneteenth isn't just a part of our nation's story, but a deeply personal story for many Black Americans as well.

From Your Site Articles
Related Articles Around the Web
juneteenth