What's in your boogers could save someone's life. Seriously. 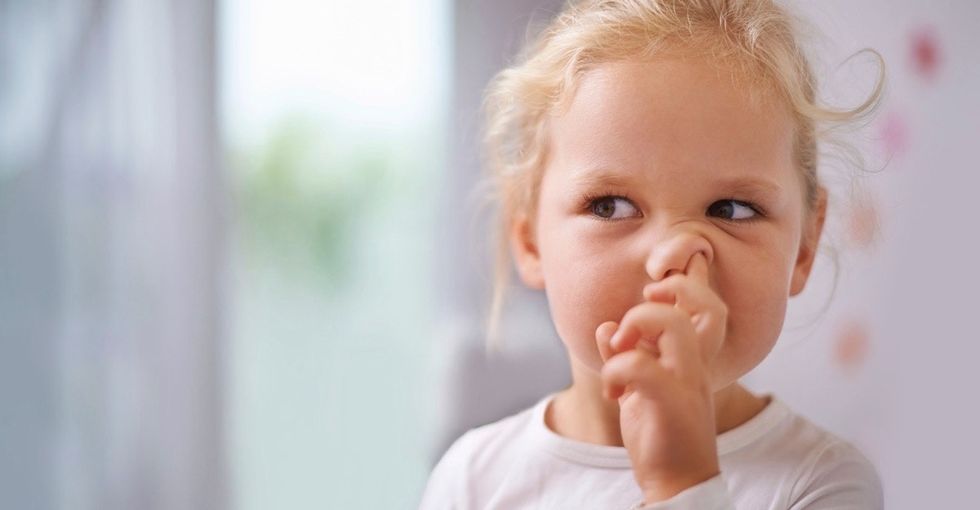 Imagine you're a scientist on a mission to find a new, lifesaving medication. Where would you look first?

Excuse me, but you haven't seen any Prozac down here, have you? No? Photo from Dave Bunnell/Wikimedia Commons.

Would you put on your khakis and mount an expedition to the deepest Amazon? Look inside the deepest caves and atop the highest peaks?

As it turns out, you might need to start by simply looking up your nose.

Scientists may have just found a new antibiotic ... and it lives in our noses.

Most previous quests for antibiotics started with looking for stuff in the soil or out in the wild. But the human body's pretty wild too. (No joke, we're actually a pretty dense bacterial jungle.)

Describing the human body as a "bacterial jungle" will surprise exactly no parents anywhere. Photo from iStock.

The human body plays host to many different types of bacteria and microbes in what scientists call our "microbiome." This isn't something to be freaked out about, though. These bacteria are mostly harmless. Some even help us digest food or produce vitamins.

Like animals in a jungle, the different microbes that live in us compete with each other.

Different strains or species of bacteria compete for food and living space, and sometimes, they'll attack each other. Imagine a lion and a tiger fighting over hunting area and you'll get the right idea. Only instead of using claws, the bacteria use unique chemicals, trying to drive out competitors and gain the best niche they can.

Unique bacteria-killing chemicals, you say? Hmm... I wonder who would be interested in that?

GIF from "The Professional."

Scientists initially dove into the jungle that is our nasal cavities because of one particular bacteria.

They wanted to figure out the habits of that bacteria, which can sometimes cause antibiotic-resistant infections.

But in the dark recesses of the nasal cavity, they found a competitor instead — a closely related cousin named Staphylococcus lugdunensis. And where they found the lugdunensis, they didn't find the bad bacteria.

Instead, they found that the lugdunensis spits out a never-seen-before chemical that's really, really good at killing other bacteria. The scientists were understandably excited and named the chemical "lugdunin." They also reported their findings in the journal Nature on July 27, 2016.

This is important because we need new antibiotics to fight off superbugs.

A doctor scrubs up before surgery in order to prevent infection. Photo by Christopher Furlong/Getty Images.

The overuse of antibiotics has caused some bacteria to become resistant to those antibiotics, turning them into what are sometimes called "superbugs." And these superbugs can be pretty dangerous. One, known as MRSA, infected over 80,000 people in the United States in 2011.

Guess what lugdunin can kill, though? Yup. MRSA — plus some other potentially harmful infections too. And since we haven't used the antibiotic before, it means superbugs probably can't resist it either.

Interestingly, scientists aren't completely sure how lugdunin works yet. Most antibiotics target delicate machinery inside bacteria in order to shut them down, but lugdunin seems like it might do something else we haven't quite figured out yet.

This discovery is huge, and one day, it could save lives.

Obviously, this discovery is in its very early stages and will need a lot more research before we can figure out whether it's both effective and safe for people to use. But lugdunin could one day lead to new antibiotic drugs.

If we're clever and dedicated and willing to look in some ... unusual places, superbugs could be totally beatable.