What's your state's stereotype? Plus, the best of the web this week. 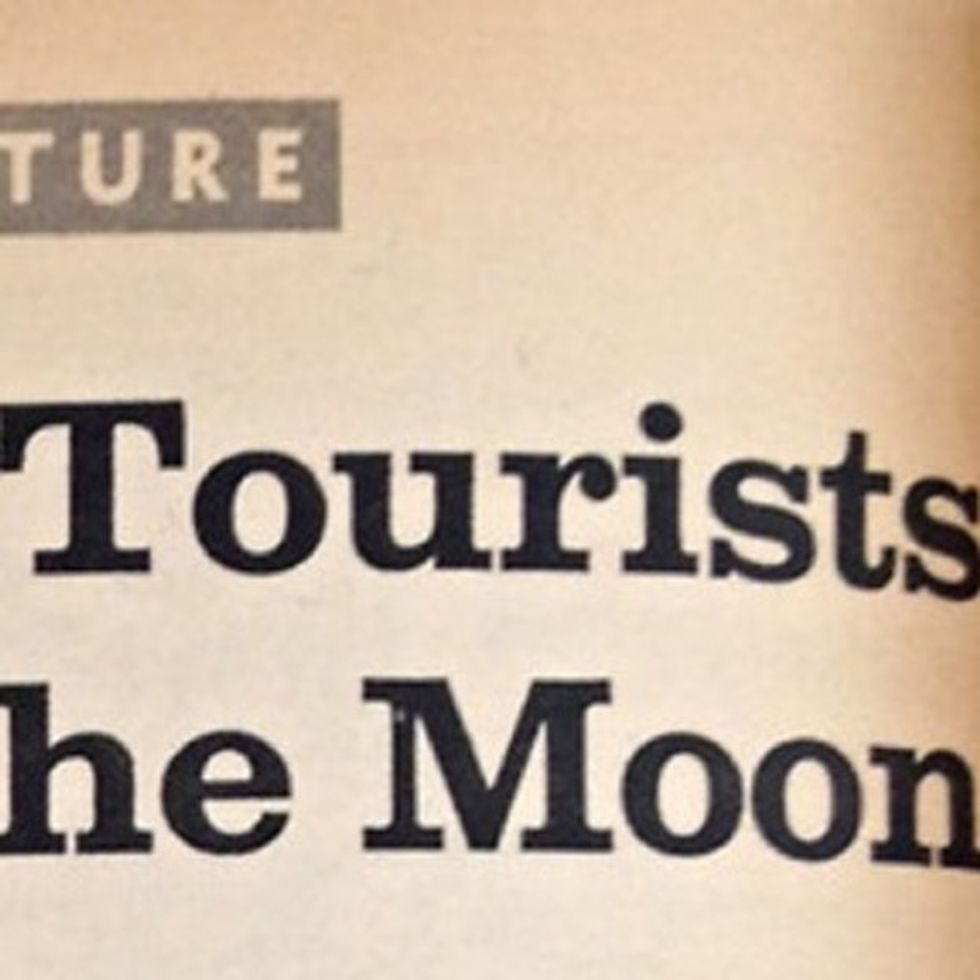 Ever wish someone would read the entire Internet and give you a list of the best articles? Well, you're welcome! The best of the Web this week includes a map of American state stereotypes, an article about how the ancient Greeks would have dealt with Obamacare, a look at a startup with a surprising approach to helping young entrepreneurs get funding, and four simple steps to avoid getting hacked. Enjoy!

Why Are Americans So ... / Reena DiResta / No Upside

Brilliant: Errol Morris runs an experiment on Times readers to test whether our perceptions of the truth can be affected by fonts.

Just when you thought you were getting sick of "Call Me Maybe," this comes along ...

Write Your Own Academic Sentence / Writing Program / University of Chicago

You're just four clicks away from writing like a PhD! Sample sentence: "The construction of post-capitalist hegemony is, and yet is not, the poetics of the gendered body."

Sadly relevant after last week's massacre at a Sikh temple. Number 6: "White terrorists are random events, like tornadoes. Other terrorists are long-running conspiracies."

Democracy, the ancient Greek way: "Imagine a council of 500 citizens chosen at random ... with no worries about reelection to find a solution to our health care problem."

As usual, Coates manages to be both interesting and original where others are dull and predictable; be sure to click through to Ron Swanson's Pyramid of Greatness. (via Charley)

Can even good teachers make a difference when their students' lives are defined by poverty? One organization is trying to equip schools to deal with poverty head on, with promising results. (via Bo)

A new startup, Upstart, allows young entrepreneurs to raise capital by selling a share of their future earnings.

A Japanese billionaire worried about competitiveness decides his 6,000 employees need to speak English—and gives them two years to learn it, or face demotions.

Argues that gains from rapid industrialization — which drove the growth of China, India, and others — will be more difficult to come by, and that future gains will have to come from improved institutions and governance.

Ouch: "If all the money that's ever been invested in hedge funds had been put in Treasury bills instead, the results would have been twice as good."

How Not To Get Hacked / Farhad Manjoo / Slate

The crazy story of how a writer for Wired got hacked, and four simple steps you should take to safeguard your digital life; if you haven't done these yet, you're being reckless.

The Art Of The Passive-Aggressive Redesign / Russell Brandom / BuzzFeed

Back To The (Far-Fetched) Future / The New York Times

An enjoyable look back at predictions from 1964 on what New York would look like in 2000, with some fun graphs and a lovely tribute to the city by its then-mayor.

"'I have read and agree to the Terms' is the biggest lie on the web. We aim to fix that," declares a new site that summarizes and rates different companies' terms of service.

To receive The Best Of The Web in your inbox each week, sign up here.

The story of Patricia and Leslie "LD" McWaters dying together might have both of those elements, but it is also tragic because they died of a preventable disease in a pandemic that hasn't been handled well. The Michigan couple, who had been married for 47 years, both died of COVID-19 complications on November 24th. Since they died less than a minute apart, their deaths were recorded with the exact same time—4:23pm.

Patricia, who was 78 at her passing, had made her career as a nurse. LD, who would have turned 76 next month, had been a truck driver. Patricia was "no nonsense" while LD was "fun-loving," and the couple did almost everything together, according to their joint obituary.

Brantley and his snowman

"Would you like to build a snowman?" If you asked five-year-old Brantley from Texas this question, the answer would be a resounding "Yes!" While it may sound like a simple dream, since Texas doesn't usually see much snow, it seemed like a lofty one for him, even more so because Brantley has a congenital heart disease.

On Dec. 11, 2019, however, the real Macy's Santa and his two elves teamed up with Make-A-Wish to surprise Brantley and his family on his way to Colorado where there was plenty of snow for him to build his very own snowman, fulfilling his wish as part of the Macy's Believe campaign. After a joy-filled plane ride where every passenger got gift bags from Macy's, the family arrived in Breckenridge, Colorado where Santa and his elves helped Brantley build a snowman.

Brantley, Brantley's mom, and Santa marveling at their snowmanAll photos courtesy of Macy's

Brantley, who according to his mom had never actually seen snow, was blown away by the experience.

"Well, I had to build a snowman because snowmen are my favorite," Brantley said in an interview with Summit Daily. "All of it was my favorite part."

This is just one example of the more than 330,000 wishes the nonprofit Make-A-Wish have fulfilled to bring joy to children fighting critical illnesses since its founding 40 years ago. Even though many of the children that Make-A-Wish grants wishes for manage or overcome their illnesses, they often face months, if not years of doctor's visits, hospital stays and uncomfortable treatments. The nonprofit helps these children and their families replace fear with confidence, sadness with joy and anxiety with hope.

It's hardly an outlandish notion — research shows that a wish come true can help increase these children's resiliency and improve their quality of life. Brantley is a prime example.

"This couldn't have come at a better time because we see all the hardships that we went through last year," Brantley's mom Brandi told Summit Daily.

Now more than ever, kids with critical illnesses need hope. Since they're particularly vulnerable to disease, they and their families have had to isolate even more during the pandemic and avoid the people they love most and many of the activities that recharge them. That's why Make-A-Wish is doing everything it can to fulfill wishes in spite of the unprecedented obstacles.

That's where you come in. Macy's has raised over $132 million for Make-A-Wish, and helped grant more than 15,500 wishes since their partnership began in 2003, but they couldn't have done that without the support of everyday people. The crux of that support comes from Macy's Believe Campaign — the longstanding holiday fundraising effort where for every letter to Santa that's written online at Macys.com or dropped off safely at the red Believe mailbox at their stores, Macy's will donate $1 to Make-A-Wish, up to $1 million. New this year, National Believe Day will be expanded to National Believe Week and will provide customers the opportunity to double their donations ($2 per letter, up to an additional $1 million) for a full week from Sunday, Nov. 29 through Saturday, Dec. 5.

There are more ways to support Make-A-Wish besides letter-writing too. If you purchase a $4 Believe bracelet, $2 of each bracelet will be donated to Make-A-Wish through Dec. 31. And for families who are all about the holiday PJs, on Giving Tuesday (Dec. 1), 20 percent of the purchase price of select family pajamas will benefit Make-A-Wish.

Elizabeth living out her wish of being a fashion designer

Additionally, this year's campaign features 6-year-old Elizabeth, a Make-A-Wish child diagnosed with leukemia, whose wish to design a dress recently came true. Thanks to the style experts at Macy's Fashion Office and I.N.C. International Concepts, only at Macy's, Elizabeth had the opportunity to design a colorful floral maxi dress. Elizabeth's exclusive design is now available online at Macys.com and in select Macy's stores. In the spirit of giving back this holiday season, 20 percent of the purchase price of Elizabeth's dress (through Dec. 31) will benefit Make-A-Wish.You can also donate directly to Make-A-Wish via Macy's website.

This holiday season may be a tough one this year, but you can bring joy to children fighting critical illnesses by delivering hope for their wishes to come true.