When a man asks people to translate a hate message he's received, their response is unforgettable.

Reading the words would be one thing. Having to think about what they mean is almost too intense. 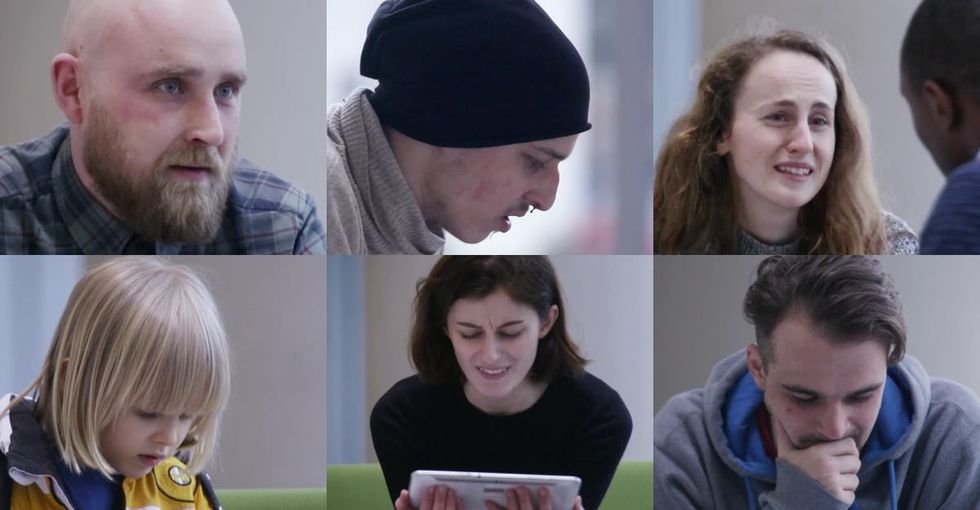 As part of an experiment, a man asks for help translating a Facebook message he has received.

There's a man in Lithuania who speaks only English. The message is in Lithuanian. He can't read it, so he asks some locals to translate it for him.

As he asks one person after another to translate the message for him, two things become obvious.

2. Translating it for him is breaking people's hearts.

It's nearly more than these people can bear.

There's a sudden, powerful connection between the translators and the man they're translating for. They want to protect him, telling him not to bother with the message.

They apologize for the message.

Most of us would never think of saying such horrible things. This video shows people realizing in their gut what it must feel like when those words are pointed at them — it's all right on their faces. And so is their compassion.

The Facebook message is horrible, but their empathy is beautiful. The video's emotional power is what makes it unique, and so worth watching and passing around.

The video's in English, subtitled in Lithuanian. Just watch the faces.