When these teens took on Baltimore over a garbage idea, the city actually listened. 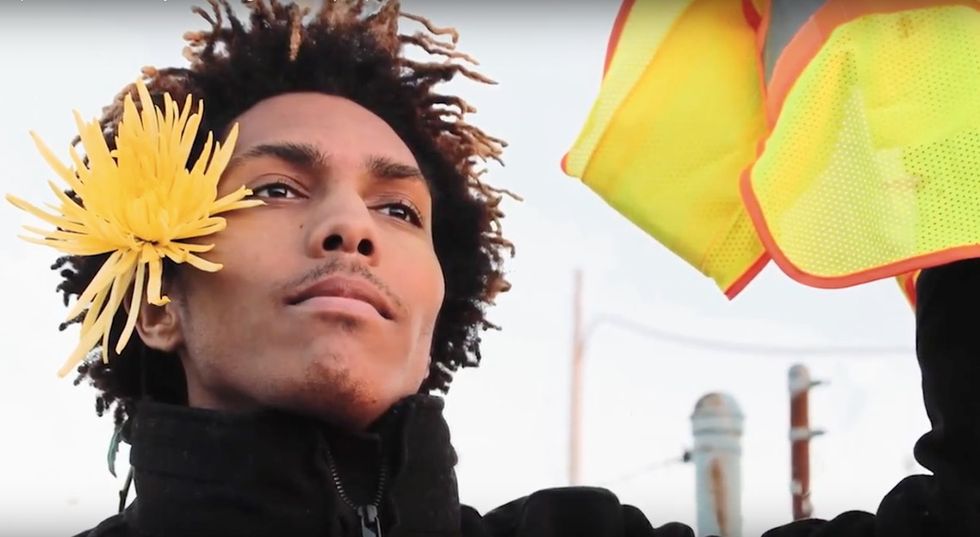 What do you do with your free time? 17-year-old Destiny Watford spends hers saving her neighborhood.

Destiny lives in Baltimore, a city where more people die from air pollution than homicide — and the homicide rate is nothing to scoff at.

This isn’t an exaggeration; it’s a reality. And the people who live there deal with it every day.

Why is the air pollution so bad? Well, Curtis Bay — a neighborhood in Baltimore — is home to a coal export terminal, the nation’s largest medical waste facility, and an animal rendering plant, to name a few reasons.

All images via Starbucks, used with permission.

In 2012, Destiny learned about a plan to build the country’s largest trash-burning incinerator in Curtis Bay just a mile from her school.

Destiny looked around at her neighborhood, polluted by factory after factory, and decided she’d had enough.

These students banded together and stopped what would have been the nation's largest trash incinerator from being built just a mile away from their school. A Starbucks original series.

Posted by Welcometoterranova on Friday, September 23, 2016

You may wonder, how could the country so completely disregard the health of these residents?

There's a reason Curtis Bay and communities like it are often the proposed sites for these types of facilities (ahem, environmental racism). A study published in Environmental Research Letters revealed that factories using toxic substances and waste plants are usually found in poor neighborhoods — and those neighborhoods are often predominantly made up of people of color.

The phenomenon is nothing new. History has shown time and time again that poor neighborhoods are often used as dumping grounds. See the Flint water crisis.

The communities being affected often don’t have a voice to fight against this injustice. That’s why Destiny is so special.

Determined to stop the incinerator from invading their neighborhood, Destiny and her classmates started a movement.

"Curtis Bay is my home," explained Destiny. "I grew up here. I live here. My family lives here. My friends live here. If a development like this is happening that would be putting our lives at risk, I couldn't ignore it."

She and her peers started Free Your Voice, an organization aimed at stopping the development of the incinerator.

They found out that the Baltimore City Public School System would be purchasing energy from the incinerator and challenged that decision. They won — the school board changed its decision and backed out of the contract. 21 other businesses followed suit.

Then, something even bigger happened.

"We learned that the incinerator’s permit had expired," Destiny said. "This was a huge opportunity for us because with an expired permit, you can’t construct. But it would not matter unless the Maryland Department of the Environment said publicly, 'Your permits are expired.' Which they hadn’t."

Free Your Voice organized protests, with people standing outside late into the night, urging the department to enforce the law and stop the incinerator.

It took months, but eventually the state did declare that the permit was expired, effectively halting all operations.

The community united, and their unified, persistent voice was loud enough to be heard.

Thanks to Destiny and her peers, the future of Curtis Bay — and its air — is clearer.

And Destiny led the charge. Her passion for her community inspired positive change. If more communities follow suit, hopefully together, they can force the tide to change.