While the rest of the world wasn't looking, Mongolia managed to achieve something kind of amazing. 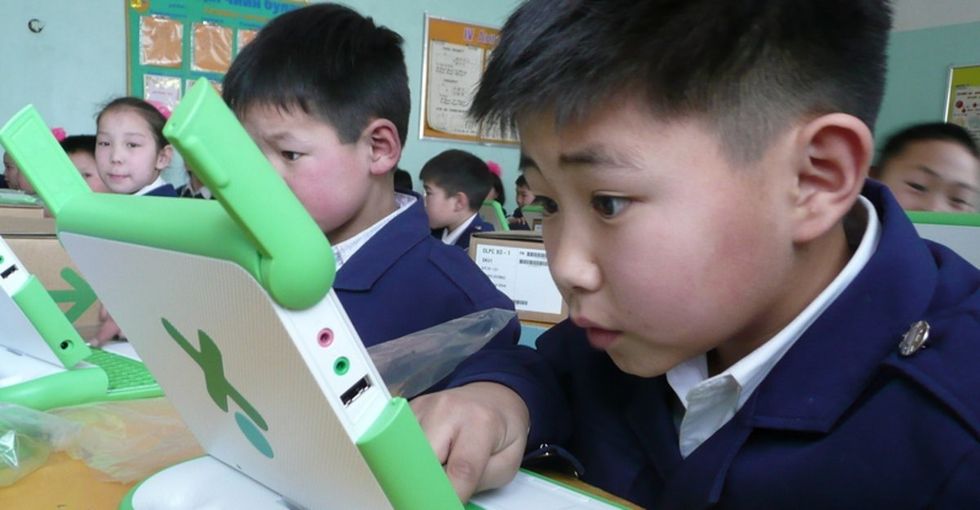 Even though up to 40% of Mongolia's population is nomadic, the country has found a way to achieve something wealthier nations can only envy: 98% of its girls and 93% of its boys are now getting a secondary education.

Mongolians value the education of their kids above almost everything else, and now their government — flush with money from a mining boom and improved taxation — has taken up the challenge of paying for it. With a completely overhauled modern education policy that's more responsive to families' needs, and with the support of external financing partners, they're actually getting it done.

"Big Brother Walks by His Sister and Mom"

Since his family is nomadic, 14-year-old Munkhin Otgonbayar has gone to schools in Uvs Province, Ulaangom, and Mongolia's capital, Ulaanbaatar.

"A Traditional Yurt, Now With Solar Panels and a Satellite Dish"

Mongolia has worked hard to preserve its cherished traditions in the face of modernization.

"Boys and Their Horses"

For school, Munkhdemberel Munkhbat leaves home and lives in a dormitory. Here he is hanging out with his friends at home — he's the one on the left.

Munkhdemberel hits the books in the family yurt.

It's a traditional Mongolian pastime. These two boys are prepping to race in the Naadam festival of the Three Manly Sports: horse racing, wrestling, and archery.

Years ago, Togtokh Buyanjargal had to leave school in first grade to become a herder. She looks to a better future for her kids thanks to education.

"A Little Girl Watches the Big Kids Do Homework"

A girl watches her siblings work on their assignments. She looks a little envious.

15-year-old schoolgirl Urangoo Bayartsogt attends a boarding school. Even though she's a long way from her parents and home, she obviously enjoys being there.

"Urangoo at the School Computers"

“The good thing about [boarding] school is that ... you can ask teachers to explain anything that you don't understand at any time."

Urangoo has lived in a school dormitory since first grade. Her younger brothers, 8 and 9, live there with her.

The 29-year-old math teacher has been teaching at her boarding school for eight years. Mongolia encourages teachers to take jobs in remote areas, offering bonuses as incentives.

35-year-old herder Battulga Dorjpurev has two kids at school in Bayankhangai Soum. When he was young, his parents weren't able to provide him an education.

"A Schoolboy and His Parents Shear Sheep During a School Holiday"

When school's in session, Dorjpurev's wife (left) moves to town with the kids so they can attend. “I guess everybody strives to provide their children with education," says Battulga.