The numbers are in: more than $238 million was raised for a massive relief fund 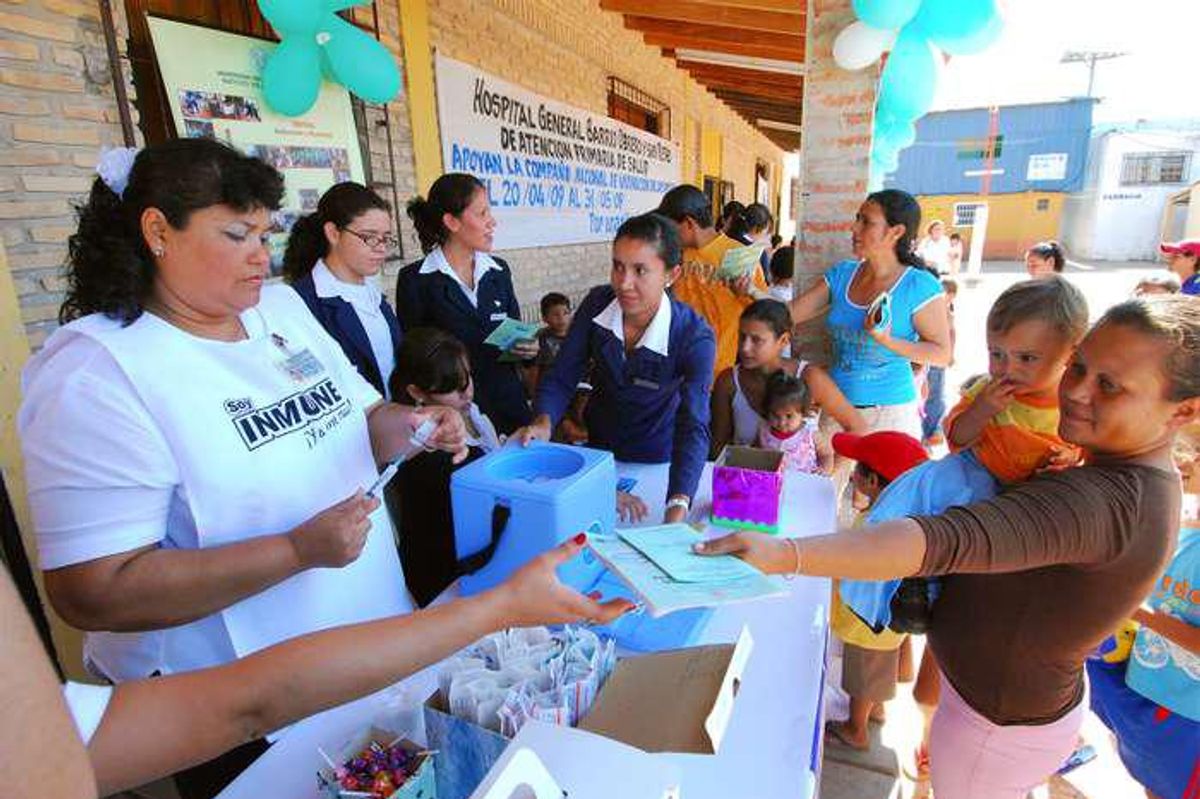 By almost any measure, 2020 was a terrible year. A global pandemic. Economic downturn. Racial injustice. In a year like this, it's easy to lose sight of the good. Despite all the challenges and heartache this year, there was still good to be found. I count myself lucky to have had a front row seat to one of the year's best good news stories: the massive outpouring of solidarity and support for the global COVID-19 response being led by the World Health Organization (WHO). People around the world stepped up to help people they've never met, in places they've never been -- in a big way.

More than 650,000 people from just about every country in the world -- together with hundreds of companies and philanthropies -- raised more than $238 million to support the WHO's pandemic response. To put that in perspective, that is the second largest source of financial resources for WHO's COVID-19 response, behind only the government of Germany. The funds were raised through the COVID-19 Solidarity Response Fund for WHO, which the UN Foundation helped launch in March to offer individuals, companies, and private organizations a way to directly support the WHO-led response. We at the UN Foundation have been completely blown away by the breadth of supporters and the depth of their generosity.

A woman in Ireland, Karen Forde, launched a squats challenge to drive donations to the Fund. She did about 2,000 squats herself -- which is downright impressive -- and personally matched donations up to €1,000. Joshua "DiMez" DiMezza, a cancer survivor and devoted video gamer, got the online gaming community involved. By live-streaming his games over Facebook Gaming, he raised tens of thousands of dollars from his followers. Even celebrities -- from Matthew Perry, to Post Malone, to Queen and Adam Lambert -- used their platforms to garner support for the Fund. And in April, the global One World: Together at Home broadcast raised millions, with Lady Gaga, Stevie Wonder and the Rolling Stones among the musicians who performed. Jimmy Fallon and Lady Gaga even Face-timed Apple CEO TimCook live on-air to ask the company to donate -- and it did. But Apple wasn't the only company that stepped up -- far from it. Facebook and Google offered matching donations and companies as diverse as TikTok, Adidas, GSK, and FIFA all contributed.

People around the world gave what they could despite the economic uncertainty. The average individual donation was about $60, and comments left by donors on the Facebook fundraiser show what solidarity looks like. People left heartwarming messages in multiple languages, thanking frontline workers and writing, "we are in this together," and "let's help each other and save lives."

Everyone who donated made a difference because every dollar counted. Solidarity drove this Fund. And quickly getting donated dollars to WHO and partners like the World Food Programme, the UN Refugee Agency, and UNICEF mean that solidarity has delivered help to those most in need. And I do mean that literally. In the critical early days of the pandemic, WHO and the WorldFood Programme teamed up to ship millions of items of essential supplies like personal protective equipment (PPE) and diagnostic kits to some of the hardest hit areas. Carried by cargo planes, these became known as "Solidarity Flights" -- the first of which delivered enough supplies to help frontline workers care for over 30,000 patients across Africa.

By late spring, thanks to the Fund's support, they were able to rebuild a sophisticated global supply chain effort that has since distributed hundreds of millions of units of PPE and other supplies to 170 countries. And in Lebanon, a Syrian refugee by the name of Midia Said Sido learned how to make soap in her kitchen at home. Through a training course offered by the UN Refugee Agency and made possible with support from the Fund, Sido has been making soap for her family and neighbors -- helping her community stay healthy and slow the spread of the virus. In a refugee camp in Kenya, a pregnant woman named Eliana was able to continue receiving prenatal care throughout the pandemic thanks to the UN Refugee Agency. They were able to keep the local hospital open and ensure maternal health services continued uninterrupted with Fund support. In October, Eliana gave birth to a healthy baby girl named Christena. There are countless more stories like Sido and Eliana's, countless more people who have received life-saving assistance thanks to the kindness and profound generosity of donors from190 different countries who have chipped in. The COVID-19 Solidarity Response Fund represents humanity at its very best. And it's a powerful reminder that even in the darkest of times, we can count on solidarity to see us through.

Kate Dodson is Vice President for Global Health at the UN Foundation.