Who's ready for some good news about icebergs? Because they're doing something cool. 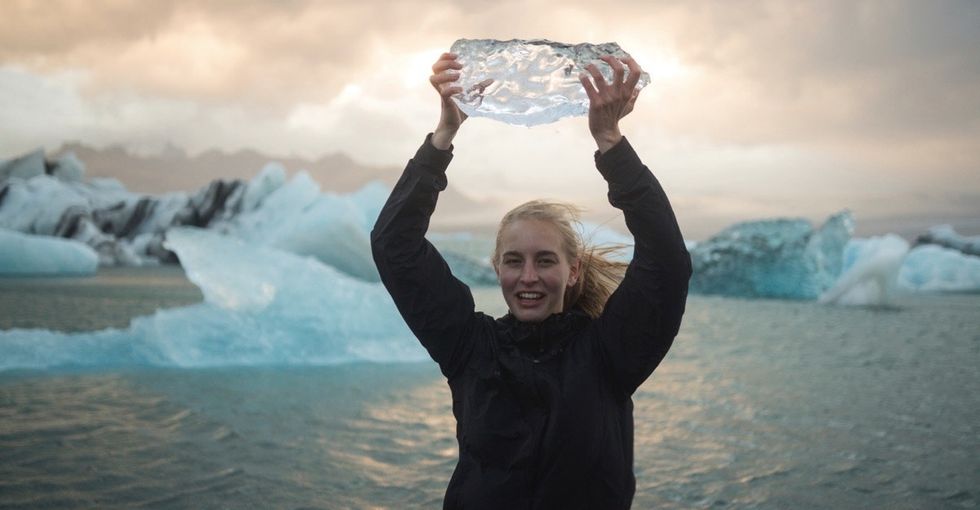 Who’s ready for some ACTUALLY GOOD NEWS about icebergs?!

Ooo! Ooo! I am! Image from NOAA's National Ocean Service/Flickr.

Because icebergs kind of get a bad rap.

Every time we hear about icebergs, it's because of something negative. Melting glaciers. Rising sea levels. Wrecked ocean liners.

You sink one ship... Image from Willy Stöwer/Wikimedia Commons.

But it turns out, icebergs aren't all bad.

I mean, nothing covered in penguins can be THAT terrible. Image from Jason Auch/Wikimedia Commons.

Icebergs are basically giant fertilizer bags for the ocean, scientists have found.

As icebergs melt, they release minerals like iron into the ocean. These minerals can act like fertilizer, encouraging the growth of microscopic marine plants known as phytoplankton.

As the phytoplankton grow, they absorb carbon dioxide from the atmosphere for photosynthesis. This new plant growth captures carbon, helping to reduce climate change.

When the phytoplankton die, some of them sink to the bottom of the ocean, effectively trapping all that carbon down there, a process known as carbon sequestration.

Plankton blooms can sometimes be large enough to see from space, so that's a LOT of carbon. Image from NASA/WIkimedia Commons.

We've known about this effect for a while, but that study from the University of Sheffield says that icebergs may be responsible for as much as a fifth of the carbon sequestration in the ocean around Antarctica.

This is a very good thing because it keeps the carbon out of the atmosphere and slows climate change.

As climate change continues and the Earth gets hotter, it's expected that there will be a lot more icebergs in the future as ice shelves and glaciers break up, creating new 'bergs.

This means the icebergs' effect on the ocean's carbon sequestration might become more and more important in slowing the effects of climate change.

"If giant iceberg calving increases this century as expected, this negative feedback on the carbon cycle may become more important than we previously thought," said Professor Grant Bigg, who led the Sheffield study.

While it's certainly better for everyone if most icebergs stay with their parent glaciers, they're not inherently bad on their own.

Let's be clear, icebergs are not going to save us from climate change. We can't just dump them in the ocean and hope things will get better. This isn't "Futurama."

As much as we wish it was. GIF from "Futurama."

Carbon sequestration isn't going to offset the more than 5 billion tons of carbon dioxide we're putting into the atmosphere each year. But understanding icebergs and their role in carbon sequestration can help us find new ways to talk about potential solutions.

We still need to do a lot to fight climate change, but it's cool to see that nature is helping us do that all on its own.

The Earth is a very complex system with a lot of different little processes that all add up to one beautiful planet. The more we know about how it works, the more we can do to keep it healthy, whole, and habitable.