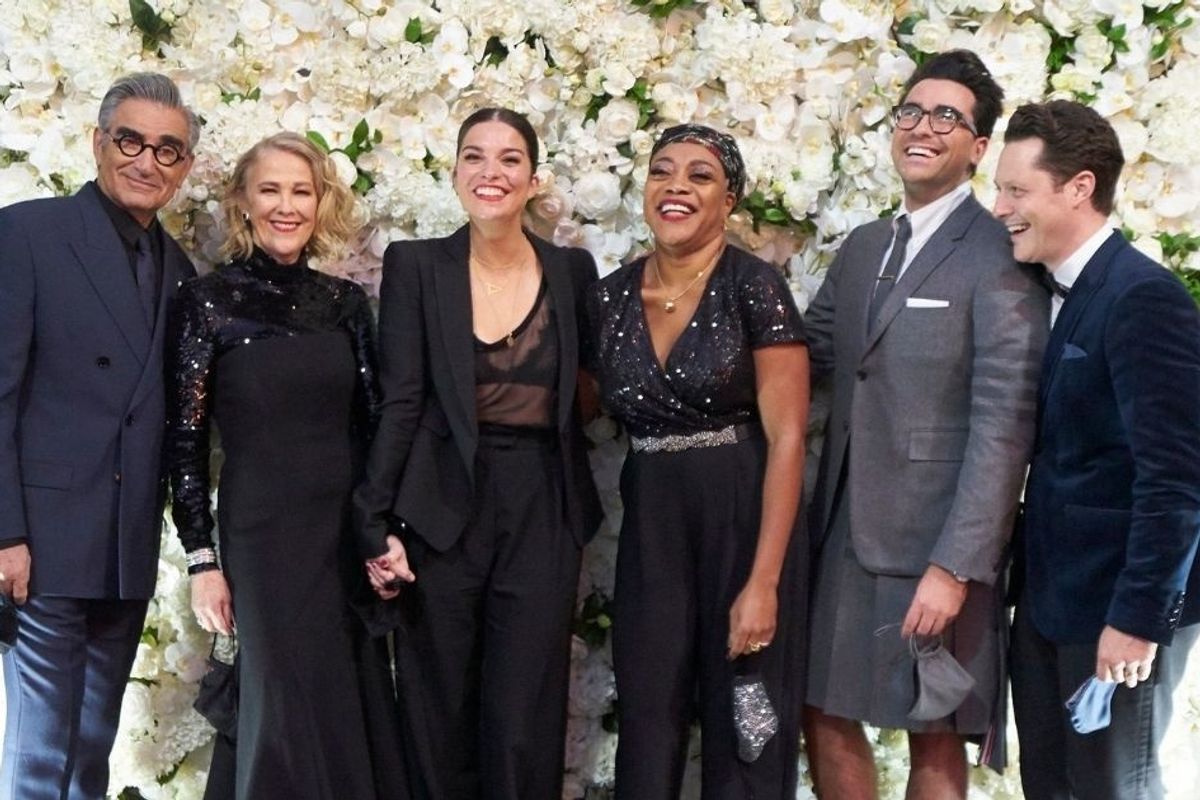 The character development—but not in the way I expected

This part seems predictable just based on the premise, right? The characters are self-centered and snooty in the beginning, but they're going to be changed by their experiences in this small, quirky town, blah blah blah. And they are. That happens. But what I found surprising about the character development in the show is how much they didn't change. The town and the people they got to know certainly had an affect on them, and vice versa, but the changes in the characters felt more like a slow revealing of the different dimensions of their personalities rather than an actual change in who they were. We got to see the characters bloom into themselves as opposed to change from one thing to another, which is honestly the best kind of character development.

I was also surprised to find that some of the things I found annoying in the beginning became endearing. The Roses didn't give up the frivolous complaints, the bizarro accents, or the distinct fashion sense that they started with, and those things became lovable quirks, endemic to their characters. So while transformation was predictable, it didn't play out quite the way I expected, and I found myself oddly happy that it didn't.

The wide range of relationships

Along with the individual characters, the relationships between the characters also bloom into themselves. John and Moira's marriage is steady and solid throughout, and it's sweet to see their consistent and genuine support of one another. Alexis's relationships fluctuate between sexy and sickeningly cute, and we get to see her grow and mature through them.

David and Stevie's friendship is hilarious—to see these two sardonic souls find one another in the unlikely setting of a cheap motel and navigating that "are we or aren't we" question until they figured it out is just plain old good TV.

But David and Patrick's relationship is where Schitt's Creek really shines. Though seeing homosexual relationships on television isn't really novel anymore, I don't recall ever seeing the entire arc of one, from meeting to marriage, in a TV series. And the way they made it a classic rom-com romance, with a sort of sweetness and purity to it, was something new and fresh. They're genuinely adorable.

And then there were the Roses as a unit. It feels like they became a true family in Schitt's Creek before ultimately going their separate ways because they were ready to. I really did find myself rooting for all of them.

The humor and the GIFs

Honestly, I wasn't sure about the humor at the beginning of this show. Much like "The Office" and "Parks and Recreation," "Schitt's Creek" is a character-driven comedy, so the laughs take a while to develop. Once they do, though, it's sheer delight. When my husband and I started quoting lines from the show, from Moira's "Alexis can't have a be-be" to Alexis's "Ew, David," all the time, we knew we'd found a winner.

And the GIFs. There is a "Schitt's Creek" GIF for every occasion, which in the age of social media is pretty much the hallmark of a good comedy. Eugene Levy is always funny, but Dan Levy (his son in real life as well as on the show) is simply genius in this role. His facial expressions, body language, inflections—he's so dang hilarious. Catherine O'Hara is so over the top as Moira that it somehow works, and Annie Murphy rounds the family out with her own brand of physical comedy and iconic voice work.

It's hard to describe how lovely and enjoyable this show is without making it seem boring or unrealistic or silly or simple. And maybe it's some of those things, and maybe that's okay. More than that, though, this show created a story that didn't rely on so many of the problematic tropes that show up in practically every show, whether it's a comedy or drama. This tweet by Sarach McGonagall said it perfectly.

"Schitt's Creek made a point to make viewers feel safe by showcasing women without harassment, queer love without trauma, sexual fluidity without shame, economic disparity without mockery, and creativity without limitation. What they built is just so special. They deserve it all."

It's just so good. So much better than the first few episodes would indicate. If you watched an episode or three and it didn't take, I highly recommend sticking it out. It's well worth it, and totally deserving of the Emmy Awards sweep.

From Your Site Articles
Related Articles Around the Web
television