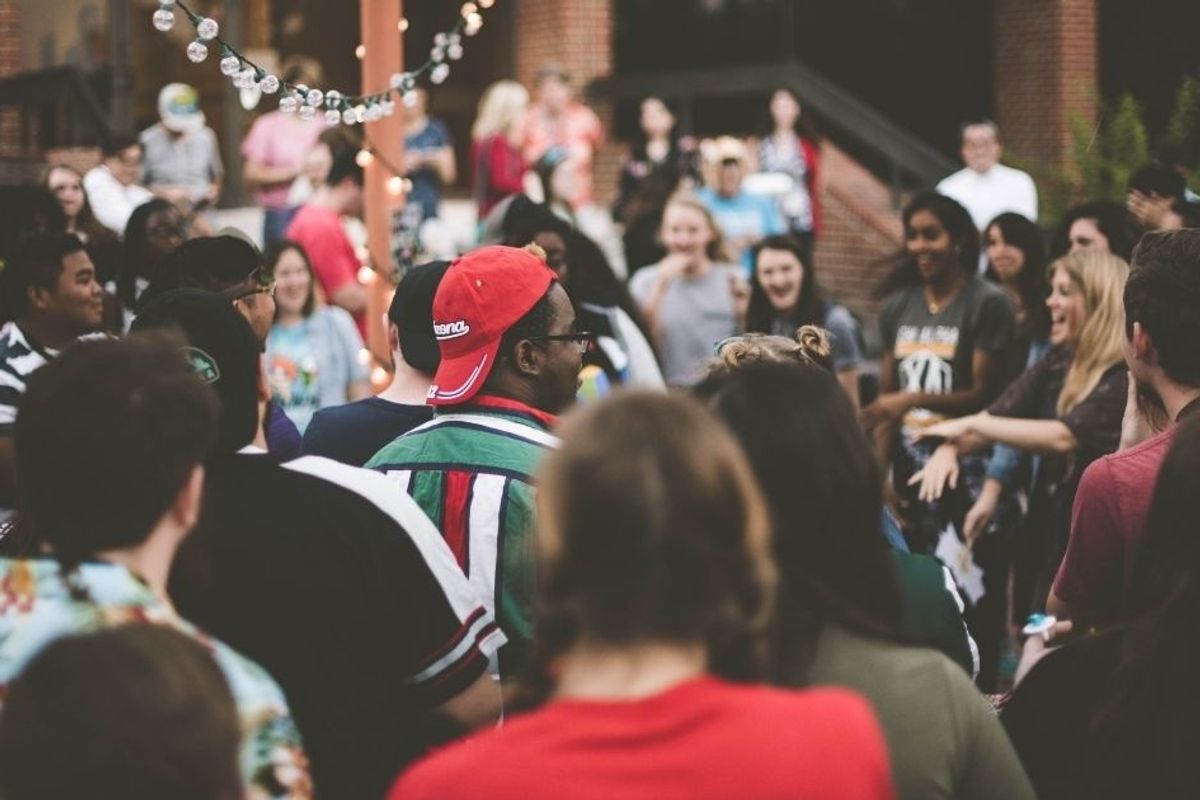 The current COVID-19 "strategy" from the White House appears to be to push for theoretical "herd immunity" by letting the virus spread among the young and healthy population while protecting the elderly and immunocompromised until a certain (genuinely unknown) threshold is reached. Despite many infectious disease experts and some of the world's largest medical institutions decrying the idea as "a dangerous fallacy unsupported by scientific evidence," and "practically impossible and highly unethical," the radiologist Trump added to his pandemic team is trying to convince people it's a grand plan.

Aside from the fact that we don't know enough about the natural immunity of this virus and the fact that "herd immunity" is a term used in vaccine science—not as a strategy of purposefully infecting people in order to get through an infectious disease outbreak —the idea of "infect the young, protect the vulnerable" is simply an unworkable strategy.

Look no further than the outbreak among the college student population in Pullman, Washington to see why.

Pullman, the largest town in rural Whitman County, is home to Washington State University, with the 20,000+ student population making up nearly half the county's population.

Pullman and Whitman County kept the pandemic under control for a long time. The pandemic shutdown in March hit right around spring break at the university, and most students just stayed at their respective homes for the remaining two months of the school year in the spring. The county saw its first COVID-19 case on March 22, and over the next five months, there would be a tiny trickle of cases, with no hospitalizations and no deaths. Whitman County even had a three-week period with no new cases over the summer and was able to move to a new phase of reopening early.

As of August 20, there had been 138 cases total in Whitman County. No hospitalizations, no deaths. Washington's pandemic response plan was working. Things were under control.

Then the students started returning to Pullman.

Even though WSU was holding all classes online, an estimated 12,000+ students came back to town anyway at the end of August. Some couldn't get out of leases they'd signed. Some had no other place else to live. Some just wanted to come and have the college party experience, despite the governor's ban on gatherings of more than 10.

And party they did. Reports of parties on Greek Row and in housing near the campus, with no masks and no distancing, poured in. In two weeks, cases in the county quadrupled, then kept climbing. Pullman was ranked by the New York Times' coronavirus tracker as the #1 hotspot in the nation in mid-September.

But because nearly all of the cases were college-aged, there were only a couple of hospitalizations and no deaths. More than six months after its first case, Whitman County still hadn't seen a COVID death, even with this outbreak among the students. These statistics would have been a perfect argument for "let it spread through the young and healthy" idea—right up until it wasn't.

A few weeks ago, the ages of the new cases started shifting and Pullman saw a sudden influx of hospitalizations. The first death came on October 6. There have been eight more since then.

That may not seem like a huge number to those in large cities, but it's a stunning increase in a small, rural county that had had the virus under control. And yes, these deaths were all in the over-60 age group—because you can't keep widespread infection among the young and healthy from infecting the vulnerable. You just can't.

The virus is now in Whitman County's long-term care facilities. Cases are also showing up in the hospital staff. It's not like those populations weren't already being protected—this is just how outbreaks work. An large increase in cases just among one age group leads to more opportunities for more people to become infected, which leads to an even greater increase in cases among the whole community, etc. The virus is indiscriminate in who it infects, and it's virtually impossible to create perfect bubbles of groups that don't overlap with one another.

Pullman's current situation started with carefree college students acting like things were "back to normal," partying with no masks and no social distancing. And now it has spread into the community that had done such a good job of keeping it at bay—exactly what residents worried would happen if and when the students returned.

Yes, this is anecdotal, but it's reality. Protecting the vulnerable requires protecting the whole community as much as possible. That doesn't necessarily mean we have to lock everything down for years—it means we need to choose what stays and what goes wisely and do things as safely as possible, with distancing and masks and handwashing and not holding group activities.

It means not buying into magical thinking that we can somehow push the virus through the less vulnerable population without killing people unnecessarily. We are seeing how that thinking plays out in real time in Whitman County.

Laurel, Mississippi is home to a little over 18,000 people, more than 61% of whom are Black. On Tuesday, the town's mayor, Johnny Magee, issued a historic executive order to remove the state's flag from the City of Laurel government properties—a moment that moved him to tears.

In a state that once declared its official position as "thoroughly identified with the institution of slavery—the greatest material interest of the world," and listed as one of its reasons for joining the Confederacy the fact that the Union "advocates negro equality, socially and politically," the removal of a symbol of the fight to enslave Black people is a big deal. But the history of slavery is just the beginning. Mississippi was the most segregated state in the country in 1964, a full hundred years after slavery was abolished. Racism has always been rooted deeply in the history and culture of the state—including the state flag, which includes the battle flag of the Confederacy in its upper left corner.