Yes, poop is gross. But that's not the only reason for its shameful social stigma. 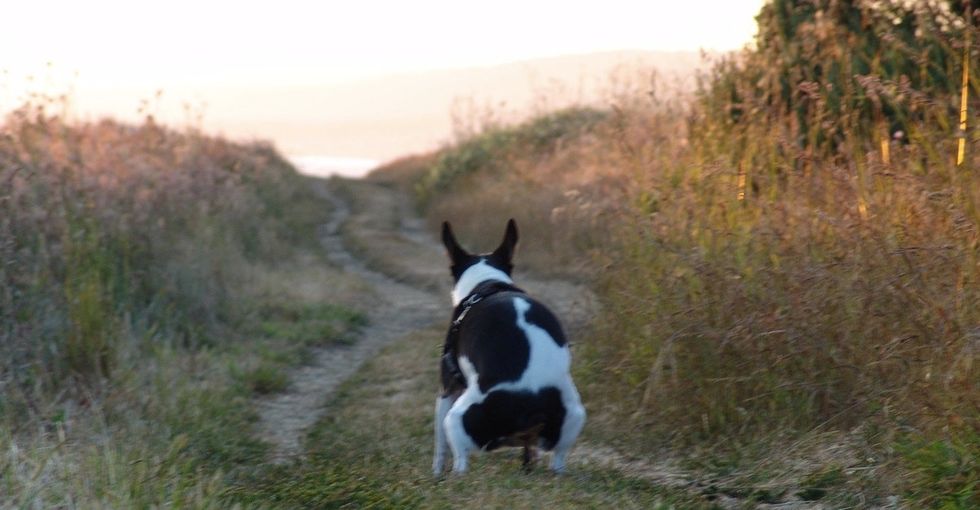 Why are we all so prim and anxious about the sounds, smells, and substances that emanate from our keisters?

The obvious answer is that, well, poop and farts are gross. It is waste, after all, and full of (potentially harmful) bacteria. That's why other people's farts always smell worse than our own: to warn us of the impending intrusion of intestinal insalubrity.

But there must be another reason for our rear ends' rude and ribald reputation, right? Well, as it turns out, there's a lot of cruddy history behind our shame.

Ancient civilizations believed our derrieres' disgusting discharge was indicative of defects and disorder within us.

Back around the 16th or 17th centuries BC, Egyptian medical texts — such as the Ebers Papyrus and the Edwin Smith Papyrus — helped popularize what's now known as autointoxication. Not to be confused with auto-brewery syndrome, the idea was that any undigested foodstuff that stayed in our system would end up rotting and poisoning us from the inside out and this was the primary cause of everything from schizophrenia to cancer.

That's right: The Egyptians believed that constipation caused cancer and that it was entirely your fault when it happened. Look, they were a little busy building those big fancy pyramids, so you can forgive them for a few anatomical oversights.

GIF from "The Simpsons."

The ancient Greeks took this one step further with the introduction of the Four Humors.

Humorism was a theory of medicine that tried to explain our health and personalities through an internal balance of four metabolic liquid elements. The choleric temperament — yellow bile — worked through the digestive tract and was said to be responsible for coloring our poop.

It was also associated with aggressive, impulsive, and obstinate behavior. These were good qualities for leaders to have — in moderation. But too much yellow bile and, well, you were probably full of sh*t.

Then Christianity took the gluteus maximus and turned it into "Gloria in excrement Deo."

While there is some talk about fruit as food in the beginning of Genesis, the only thing that Adam and Eve ever actually eat in the Bible is that damn apple that got them into trouble in the first place. God cursed them with all kinds of pain and shame when He cast them out — and, well, it stands to reason that clippin' the biscuit would be among the awkward and uncomfortable bodily functions they were forced to endure. Just as they were ashamed of their own nakedness, they were probably ashamed of their stinky pebbles too.

This idea of poop-as-original-sin is also echoed in Deuteronomy 23: 12-14:

"12. Designate a place outside the camp where you can go to relieve yourself. 13. As part of your equipment have something to dig with, and when you relieve yourself, dig a hole and cover up your excrement. 14. For the Lord your God moves about in your camp to protect you and to deliver your enemies to you. Your camp must be holy, so that he will not see among you anything indecent and turn away from you.

Basically, stool is a filthy human function, and you need to clean up your crap so that God doesn't step in it.

GIF from "Fist of Jesus."

But things changed in the late 1800s when the flush toilet started catching on.

As David Praeger explains in his book "Poop Culture: How America Is Shaped by Its Grossest National Product," hygiene became a hallmark of the elite, and the upwardly mobile Victorians saw their porcelain privilege as another way to set themselves above the lower classes.

Those with proper manners did not acknowledge the existence of their ... ya know. The social stigma asserted that only poor people pooped. (This probably compounded with Victorian concepts of purity and sexuality too, leading to that persistent and weirdly gendered notion that women don't poop.)

Our potty practices don't always agree with the pressure that the modern world places on our productivity either.

Good gut health can make our brains work better. But droppin' a deuce when you're supposed to be on duty doesn't always go so well. Even if your employer provides you with sick days and health care, they might take notice when nature calls and you're not at your desk when you should be.

"I try to time when I'm going to the bathroom at work based on when I expect that no one will be looking for me, so I can disappear for 15-20 minutes at a time," said Andy, a 30-year-old man with Irritable Bowel Syndrome who works in Washington, D.C., in an interview. Andy wasn't diagnosed until his mid-20s, when he was living on his own for the first time and realized that his heinie habits weren't like other people's, and it really wasn't funny anymore like it used to be in high school.

"But it's awkward when your boss sends you an email 'Where are you? I need this right now,' and you're in the bathroom. How do you say 'Hold on a minute, I'm pooping my brains out, but I'll get to it as soon as I can?' Suddenly you look like you're slacking off because people can't find you when they need you."

Unfortunately, these misinformed connections between virtue and our posterior pop'ems still linger like stink in our communal cultural bathroom. And that's a big problem.

To this day, our society still equates poopability with happiness and moral standing. So while yes, it's embarrassing and disgusting, this skewed sense of shame is preventing us from seeking the medical help we need to make our bodies function to the best of their abilities — poop and all.

For example, only about 22% of Americans seek health care for constipation, but it's one of the five most common gastrointestinal disorders. Meanwhile, we're spending $800 million a year on laxatives — and even more on emergency room visits for overstuffed bowels. The situation is so bad we barely know how to qualify what counts as a "normal" frequency of bowel movements because no one is willing to acknowledge they happen at all!

Don't get me wrong: Poop is gross. It's hilarious, but it's definitely gross — and it's something that everybody does.

So let's put a plug in the shame that comes from our butts and acknowledge the smelly struggles of everyone's poop chute.

Our physical well-being, not to mention our pride, may depend on it.